Home Game Guides How to Get Skill Points in Idle Breakout 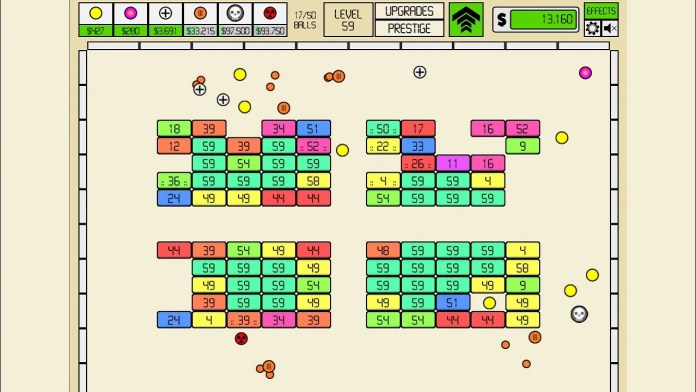 The world of video games has evolved from the simplest arcade games and text-based RPGs to incredible AAA titles. However, classic games are also very popular, such as Breakout-style titles. One of the best representatives of such games is Idle Breakout. Players have to use different balls to destroy the bricks. And in this guide, we will tell you how to get Skill Points in Idle Breakout.

How to Get Skill Points

Idle Breakout is an incredibly addicting game where you don’t have to do much. At each level, different bricks will appear on the field. And you have to destroy them by buying balls with different stats and abilities. Also, the game has many exciting features, including the skill tree.

By playing Idle Breakout, you can earn Skill Points and use them to buy new skills. Skills can give your balls new abilities or improve existing ones. Moreover, you can extend the duration of Power-ups and much more.

However, it may take you some time to get these Skill Points. You get these Points for defeating Boss Bricks. These are bricks with a huge supply of health. Also, you won’t be able to go directly to the Boss.

First, you need to Prestige once and then reach at least level 100. After this level, Black Bricks will appear on the field. And at first, they can only be damaged by Sniper Balls. Clicks or other balls will not do any damage. But you will be able to purchase skills that will allow other balls also damage Black Bricks.

In the frame where your capital is shown, you can find a BB counter. For boss fights, you must destroy a certain amount of BB. And only after that, you can start the Boss Battle. But it’s better not to rush into this, because if your balls do not do much damage, you will “fight” with the Boss for a very long time.

That’s all you need to know about how to get Skill Points in Idle Breakout. Follow our advice, and you can easily acquire new skills in this exciting game. And while you are here, take a look at our list of the Idle Breakout Cheat Codes.

How to Get Skill Points in Idle Breakout