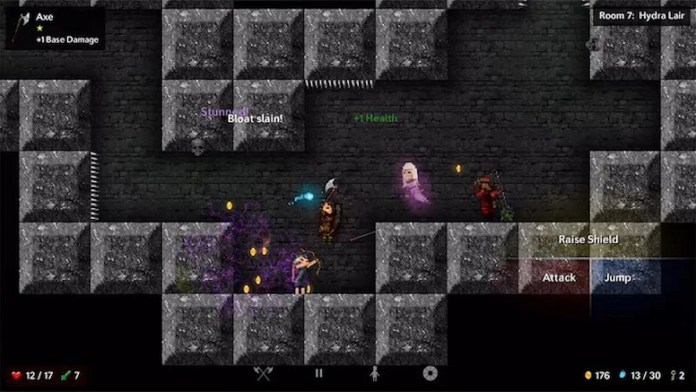 Many Fans of Vagante couldn’t take their hands off the action-packed dark adventure game, especially during the period following its release. However, there are several rogue-like games out there that offer a similar dark fantasy. In this article, we’ll look at the top five among these unique games.

This famous rogue-like indie title gives gamers a standard 2D platformer with little plot. Your job is to explore an array of dungeons created by lady Tallowmere. As you explore the trap-laden dungeons, you must escape hazards that could take your life and fight hostile creatures. Don’t worry, there are shields and weapons to fight your way through the various levels made of corridors. The art is a bit basic, and the game can seem repetitive, but other than these, it’s an enjoyable title.

This is another rogue-like Action indie game that shares many similarities with Vagante. Your task is to go through randomly generated levels while exploring various tunnels in four distinct game worlds. As you move, you’ll have hostile creatures and ghosts to defeat. Killing these hostile elements and gathering certain items as you move earns you points that can be used to upgrade different elements of the game. You should try it out if you love killing gruesome enemies in an amazing rogue-like game universe.

If you wish to lay your hands on a game like Vagante that has unique gameplay mechanics, an impressive story, and a satisfying endgame, “risk of rain” is your best bet. Your goal as a survivor of a spaceship crash is to find your way back through fighting hostile residents on an unknown planet. During your adventure, you have to gather and unlock various items as you gain experience levels.

4- The binding of Isaac: Rebirth

The roguelike dungeon adventure in this title shares many similarities with Vagante. The game’s plot is based on a woman who has to save her son Isaac from evil. The player controls Isaac or other characters and moves through several basement levels containing procedurally generated rooms. The aim is to fight monsters and gather items as the adventure unfolds.

This platforming action game is all about mining. Your aim as a robot is to investigate a mine your uncle left. At first, all you’ll be given is a pickaxe, but as you unravel mysteries below the earth, you’ll acquire more advanced and upgradable mining equipment. As you progress in the game, you’ll also encounter several underworlds with randomly generated mines and various enemies to contend with.

These are our top five games similar to Vagante. You can use the comment section to let us know any game that you think should make the list.