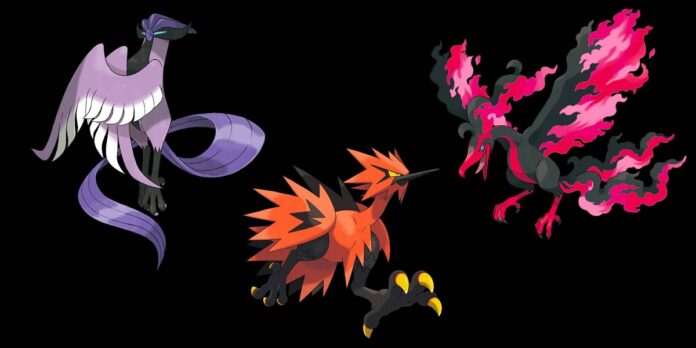 Pokémon Sword and Shield were such hits that they spawned a couple of expansions in the coming years after their release. The latest expansion, Crown Tundra, released a few new interesting features that would pique older players of the franchise.

Crown Tundra released Galarian versions of the Three Legendary Birds from the Gen 1 games, Pokémon Red, Blue and Yellow, namely Moltres, Articuno and Zapdos. This was a huge step because never had regional variations of Legendary Pokémon ever been released in the franchise so far.

With the noticeable Galarian variations quite apparently showing on the original Legendary Pokémon, the Shiny versions that were released took the opposite route of having a color scheme similar to the original look of the Pokémon.

How to acquire the Shiny variations

The main thing that players have been clamoring for are details on how to obtain these never-before-seen Shinies. Well, we have some news about how to make that possible! The Shiny variations will be given out as rewards to players who take part in Sword and Shield’s 2022 International Challenge.

Shiny Moltres will be given as a reward to players who sign up and take part in at least one battle during the 2022 International Challenge in April.

Players can register from March 31 to April 14 and the battles will take place between April 15 and April 17.

Shiny Articuno will be given as a reward to players who sign up and take part in at least one battle during the 2022 International Challenge in February.

Players can register from February 3 to February 17 and the battles will take place between February 18 and February 20.

Shiny Zapdos will be given as a reward to players who sign up and take part in at least one battle during the 2022 International Challenge in March.

Players can register from February 24 to March 10 and the battles will take place between March 11 and March 13.

How to register for the event

The following steps will register the player for the event:

Players need to take part in a total of three battles and it doesn’t matter if they win or lose. The prizes will be available to claim for all players once the competitions are over.