Home Game Guides How To Get Rank Gun Buddy in Valorant 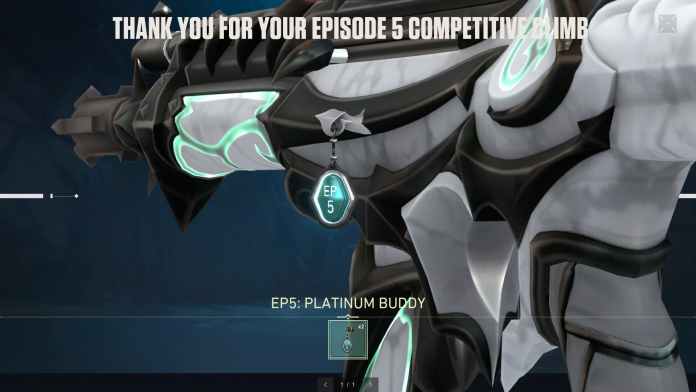 Valorant is one of the most trending multiplayer FPS games. One of the main features that set Valorant apart from other games is its massive collection of cosmetics like gun skins, buddies, sprays, and more. Most cosmetic items are purchasable, but a few are available for free, like rank gun buddies. In this guide, we will talk about rank gun buddies in Valorant and how you can get them for free.

Buddies are cosmetic items that can be attached to guns in Valorant. Out of all gun buddies, rank gun buddy is one of the most coveted ones as it showcases a player’s previous rank. Moreover, some rank gun buddies look pretty good with certain gun skins. As of now, there are unique rank gun buddies for all nine ranks: Iron, Bronze, Silver, Gold, Platinum, Diamond, Ascendant, Immortal, and Radiant.

Related | Everything You Need to Know About Valorant Ranks

Like most other shooter titles, Valorant also features a rank system where players can take part in competitive battles to earn points and gain ranks. Players are awarded a rank gun buddy based on their rank in the previous episode. Each episode lasts for many months and is divided into three acts. When a new episode begins, players will receive their rank gun buddy upon logging into the game.

Players will receive rank gun buddy only if they have achieved a rank in the last episode. If you did not receive a rank gun buddy, you probably did not participate in ranked matches to unlock the rank. To make sure you get the rank gun buddy next time, be sure to unlock a rank in Valorant’s ranked mode by playing five placement games after reaching level 20.

How to Equip Rank Gun Buddy in Valorant

After obtaining rank gun buddy, players can equip them by going into their collection. Select a gun and switch to Buddies to select the rank gun buddy. At the end of each episode in Valorant, players are rewarded with two rank gun buddies, which can be applied to two guns of their choice.

How To Get Rank Gun Buddy in Valorant