Home Game Guides How to Get Pyke’s Legendary Weapon in Ruined King: A League of... 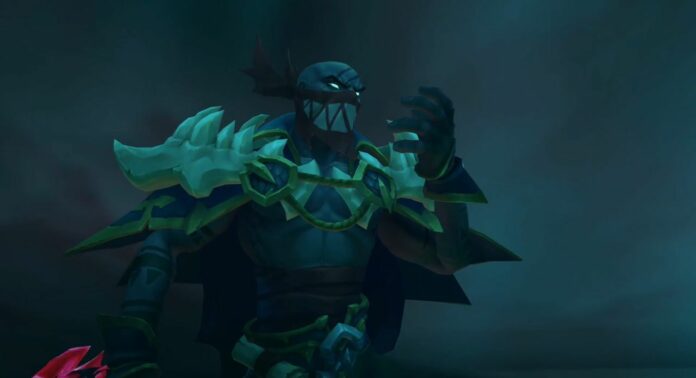 Ruined King: A League of Legends Story, like every modern role-playing game, features plenty of side content that provides players with some very nice rewards that can make the remainder of the game considerably more manageable.

Among the sidequests you can take on in the game are those that will let you forge the powerful Legendary Weapons for all characters. These weapons are much stronger than any other in the game, so you will have to find them if you really want to max out your characters’ combat capabilities.

Here’s how to forge Pyke’s Legendary Weapon, the Duskblade of Draktharr.

How to Get Pyke’s Legendary Weapon in Ruined King: A League of Legends Story

To forge Pyke’s Legendary Weapon, you will need to get multiple items. These are the Serrated Dirk, the Soul of the Deep, and Caufield’s Hammer.

The Serrated Dirk can be obtained by defeating the Golem enemy located at the Stonelake Repository, which can be reached by making Pyke dive through the gate found in the Academy Gardens.

The Soul of the Deep is also obtained by defeating an enemy, the Hullbreaker. To defeat this enemy, activate the related bounty quest in Bilgewater, then sail to the Hunting Grounds.

Caulfield’s Hammer, on the other hand, is the only item that can be obtained without defeating any enemy, To get it, you will have to purchase it from a merchant in the Low Tide Market.

Once you have obtained all three items, you can head back to the Arcane Forge to create Pyke’s Legendary Weapon, a weapon that will make the Champion even more of a force to be reckoned with.

How to Get Pyke’s Legendary Weapon in Ruined King: A League of Legends Story