Home Game Guides How to Get Persona Weapons in RimWorld 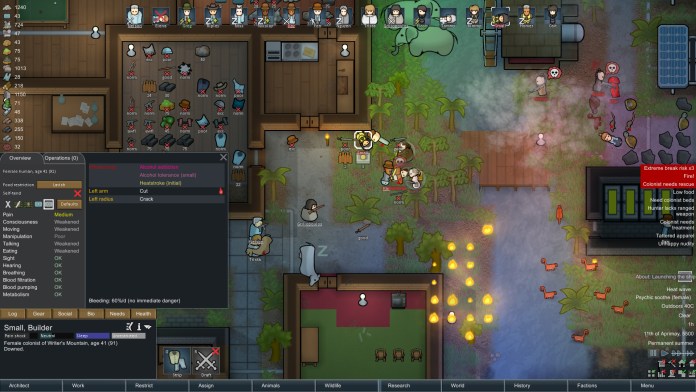 RimWorld features various exciting mechanics that appear to be hardly imaginable if you do not know about them. Undoubtedly, one of the strangest things you can find in the game is Persona Weapons. There are even various mods that expand the Persona Weapons system. Read this guide, and you will find out how to get Persona Weapon in RimWorld.

How to Obtain Persona Weapons in RimWorld

Even though most players consider it easy, getting a powerful persona weapon is probably one of the most challenging tasks in RimWorld. If you aim to get a specific weapon, you should be ready to spend long hours in the game before you obtain the desired gun. And below, there are 2 of the most effective ways to get Persona Weapons in RimWorld.

Even though most players consider completing quests a too complex way to obtain persona weapons, statistics show the opposite. You only need to endlessly reroll quests using the dev mode until you get the desired mission with a powerful persona weapon as a reward. Moreover, you can quickly delete all rewards you will get while rerolling quests. So, this way will not affect your in-game progress.

The second and the last extraordinarily straightforward and effective way to obtain Persona Weapons is to trade with different royals. Each city has specific resources you can buy inside it. Usually, every town has from 1 to 3 persona weapons. Feel free to purchase and use them whenever you want. And the only disadvantage is that a powerful persona weapon will cost an arm and a leg in a city store.

That’s it with getting persona weapons in RimWorld. Generally, it is pretty challenging to obtain a valuable persona gun, even if you are an experienced player. So, be ready to put in a lot of effort until you get the desired weapon. And while you are here, make sure to read our RimWorld: Ideology Guide.

How to Get Persona Weapons in RimWorld