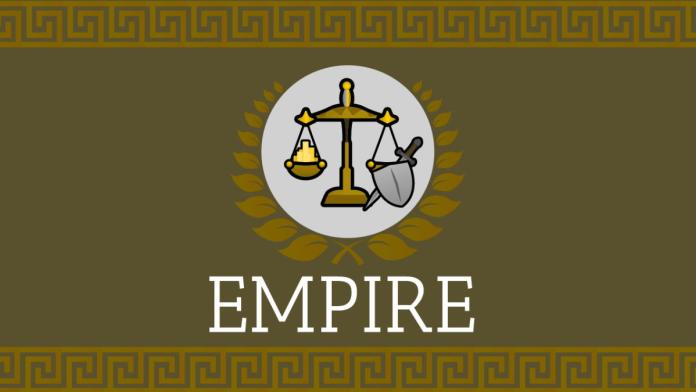 RimWorld is a sci-fi world simulation game—think Dwarf Fortress… but in space! You are in charge of a small colony that will hopefully grow into a thriving, bustling civilization. The game is very in-depth on its own, but it also has a very large modding community. One of the most popular mods is the Empire mod, which focuses on the government aspect. Today, we’ll show you how to download Empire mod for RimWorld.

Downloading and Installing the Empire Mod for RimWorld

The Empire mod is a RimWorld mod that grants players much more governing control over their colonies. With the right decisions and setups, you can create colonies that are loyal to you and will fight in your name.

If you own RimWorld on Steam, the easiest way to download and install the Empire mod is through the Steam Workshop. With Steam open, select RimWorld in your library, then click on the Workshop button. You can also go to the Empire workshop page directly here.

Once you’re on the Empire workshop page, all you need to do is click on the green subscribe button. This will automatically download the mod files for your game and install them for you, so no further instructions are needed—simply launch the game and play!

Please note that the Empire mod currently only works with RimWorld version 1.3 and below. The current version of vanilla RimWorld is at 1.4, so you’ll need to downgrade to 1.3 in order for the Empire mod to work correctly.

You can do this by right-clicking RimWorld in your Steam library, selecting Properties, choose Betas on the left side, and select your desired version.

That’s all you need to do in order to download and play the Empire mod in RimWorld. If you have any other questions about installing the mod, let us know in the comments below!