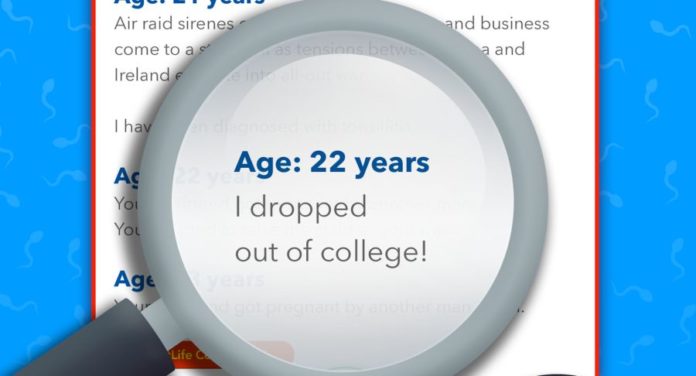 One of the best text-based life sims out there, BitLife – Life Simulator offers you complete freedom to play exactly as you want. However, it doesn’t make everything easy of you – on the contrary! It’s difficult to get money in BitLife, just as it is in real life, while getting the job you really want requires a bit of planning and work.

But you can get both in the game and live a happy, long life. You will have to first follow the tips and tricks that we shared and you’ll do just fine.

But if you want to go a bit deeper in terms of strategy, today we’re talking about two important aspects in the game that usually go hand in hand (unless you win the lottery): How to get more money in BitLife and How to get a job in BitLife. So let’s get this started, one thing at a time. How to get a job in BitLife – Life Simulator

As I was saying, unless you win the lottery in BitLife (which is completely random – but the more tickets you buy, the more chances you have), you need to get a really good job in order to make a lot of money. There’s really no other way around this, so preparing for landing that awesome job is what you should focus on if you want to be filthy rich in the game.

So the first thing you should do is to start planning for your future career since your childhood days. Early on, there’s not much you can do anyways, so make sure you study hard when you get to school. Also take care of your health and looks by doing the Mind & Spirit activities each year.

This means that you should always be hitting the gym (ask your parents for money!) and meditating – the latter is free. Go to the library as well in order to keep your smarts up.

By doing this every year while in school and studying hard as well, you increase your chances of grabbing a scholarship (goodbye college loans!) and, later on in life, grabbing those high paying jobs that require you to be very smart.

Picking your major is extremely important when it comes to getting a job in BitLife – and one that pays well. Go for the fancy stuff, like a medical career, go for anything related to acting or political careers… basically any option that you have and sounds like a lot of money can be made there is a good choice!

Of course, you don’t have to become the president of the country (not sure that’s possible, by the way!) in order to get a job that pays well. You don’t even have to complete college, as I found out the hard way in my first game that I played.

You see – I did everything by the book. I was about to become the best nurse in the world and live a happy life with my lawyer husband and our 4 kids. But love went into the way and during my first year of college I fell in love with a 16 yo guy. I was 20. I ended up spending 6 months in jail and I was kicked out of college. 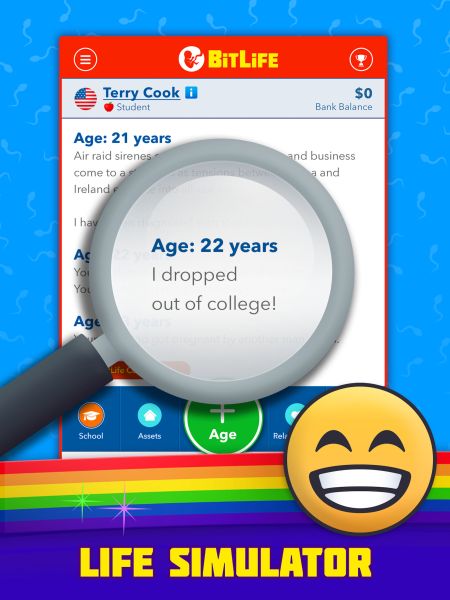 So I did whatever I could and got a job as an exotic dancer, since no other potentially high paying job was available. But my career went sky-high and I was active until 60 or so (maybe even more), ending up with millions in my bank account and leaving the crazy, fun life. No lawyer husband and no 4 kids in a quiet life, but fun nevertheless.

But probably that’s not always going to happen and you’ll have to study hard in order to get a well paying job. Get some experience first because you can’t become a superstar as soon as you get out of college (at least not always). Climb up the ranks, ask for raises and find better jobs. This is how life is – both in the game and out there.

How to make more money in BitLife – Life Simulator

As I was saying, making more money is directly tied to the job you have in BitLife. A better paying job helps you amass a fortune faster, but there are a few other tricks that you should try constantly in order to increase your fortunes:

– ask for money from your parents. It doesn’t matter that you’re 50 and they 70, they will still give you some money if you’re nice to them! 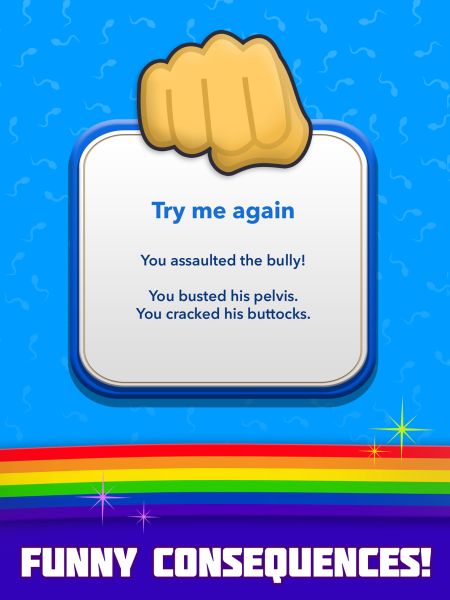 – try to sell your properties. This means that you should buy early and try to sell yearly. Remember how much you paid for your house, and if you get a nice profit – sell. Easy to do each year and can give you massive profits. If not, at least you’ll end up with a ton of houses on your name (and VERY happy children when you’re dead).

– play the lottery. I keep saying this. Do it early, but many tickets. You will win!

– find a better country to live in. You won’t always be born in the Land of Dreams, and you can end up digging in dirt in a third-world country. Therefore, try to become an immigrant as soon as possible in order to increase your potential earnings

– marry a millionaire! Look for the money value of a potential date and only stick to those who have a lot of money. If they die before you do, you will inherit their nice fortune and you’ll also have a positive cash flow each month, no matter what. Even more, if you catch them cheating (or doing something bad like beating you or whatnot), you can divorce them and get half of their money early.

– As an opposite, be a good person and don’t give your spouse a reason to divorce you – they will get half of your belongings if that happens. Also, be a nice person and don’t get into fights or anything shady. Play it safe!

– Don’t quit your job. If they don’t fire you, don’t leave, especially if you’re making a ton of money. I was an exotic dancer in my 60 and one of the biggest mistakes I’ve made was to quit my job and retire. There were no retirement benefits paid, apparently and I soon(ish) burned through my entire fortune.

Do you know other tips and tricks on how to get more money in BitLife – Life Simulator? Or maybe how to score those great paying jobs? Let us all know by commenting below! 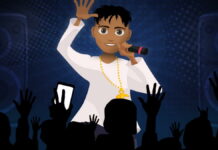 BitLife: How to become a singer | Tips and Cheats 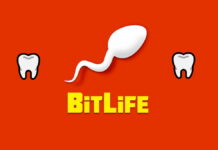 BitLife: How to become a Dentist | Tips and Cheats 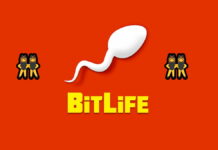 BitLife: How to become a Model | Tips and Cheats