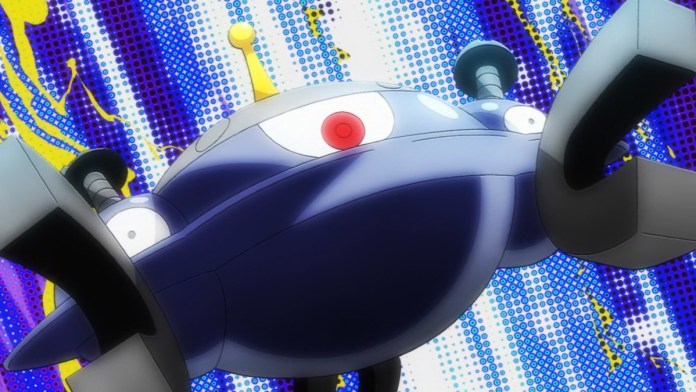 Magnemite’s final form, Magnezone, was introduced in Sinnoh. Originally, Magnemite was a Kantonian Pokemon that only evolved into Magneton, but the Diamond and Pearl games gave new forms to many of the first 150 Pokemon. Magnezone is a strong Steel and Electric type that can fight well against Fairy Pokemon. Here is how to get it.

Where To Find Magnemite

First, you’ll have to catch a Magnemite. They mostly spawn in the Underground at the Glacial Cavern, Spacious Cave, Whiteout Cave, and Icy Cave. You can also find one on the ground at the Fuego Ironworks. Once you catch it, you’ll have to evolve it to level thirty, where it’ll become Magneton.

How To Evolve Magneton

Next, you have two options for how to evolve it into a Magnezone. If you have a Thunder Stone, you can use that. Thunder Stones are found by mining in the walls in the Underground, and the only one available above the ground is found behind the Lighthouse at Sunyshore City. If you have not yet made it to Sunyshore or don’t want to spend time digging for a Thunder Stone, here is the second option.

To evolve Magneton without using a Thunder Stone, visit any part of Mount Coronet, level it right there, and it will automatically evolve. This happens because the entirety of Mount Coronet is a magnetic field, which Magneton usually needs in order to evolve. Leveling up in a magnetic field was actually the only way to evolve it in the very first Diamond and Pearl games. The recent Pokemon Sword and Shield titles introduced the Thunder Stone option for Magnezone. As a result, for Brilliant Diamond and Shining Pearl, both evolution methods were implemented and players could choose based on what was easier for them.

Whichever one you go with, you’ll now have a powerful ally on hand!

How to Get Magnezone in Pokemon Brilliant Diamond and Shining Pearl