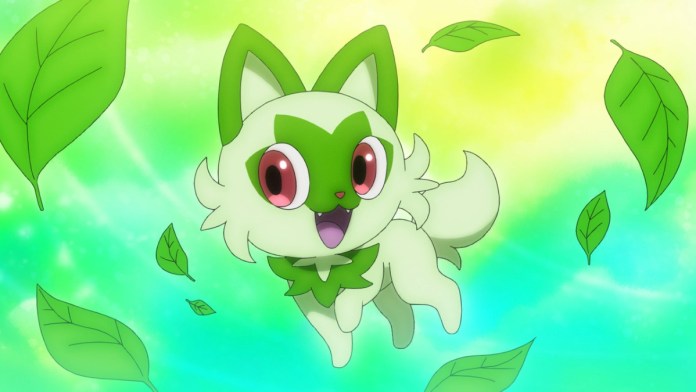 When you think of signature Grass type moves for Pokemon, there’s ones such as Vine Whip and Razor Leaf. However, the Grass move Magic Leaf is just as powerful, has good accuracy and can be taught to many different Pokemon using a TM. Grass Pokemon aren’t the easiest Pokemon to utilize due to their many weaknesses, but they do have their place as battlers. Pokemon like Florges, Tropius and Liligant are all perfect counters for Water, Rock and Ground types. By teaching them Magic Leaf, they’ll be able to counter any boss with this typing. This is how to get Magic Leaf (TM033) in Scarlet and Violet.

Where To Find Magic Leaf in Scarlet And Violet

RELATED: How To Crouch and Sneak – Pokémon Scarlet and Violet

There are two spots where you can find TM033 throughout the Paldea region. One place is near Levincia City, another is in South Province Area Four.

How To Craft TM 033 In Scarlet And Violet

When you get a copy, you can make multiple versions of TMs at the TM Machine next to the Pokemon Center. To craft TMs, you need items that fall off Pokemon. In this case, making TM033 requires pieces from Grass Pokemon since it is a Grass type move. They are:

What Magic Leaf Can Counter

Magic Leaf is a Grass move, so it can beat Water, Rock, and Ground type Pokemon.

There are many Pokemon that can learn Magic Leaf only with a TM, both Grass and non-Grass types:

These Pokemon Do Not Need A TM For Magical Leaf:

As you can see, you’re bound to have at least one Pokemon in your party that can learn Magic Leaf, so put it in a move slot for all your Water countering needs! Keep following Touch Tap Play for coverage on other important TMs for Pokemon Scarlet and Violet.

How To Get Magic Leaf (TM033) in Scarlet and Violet