Home Game Guides How To Get Jungle Armor in Terraria 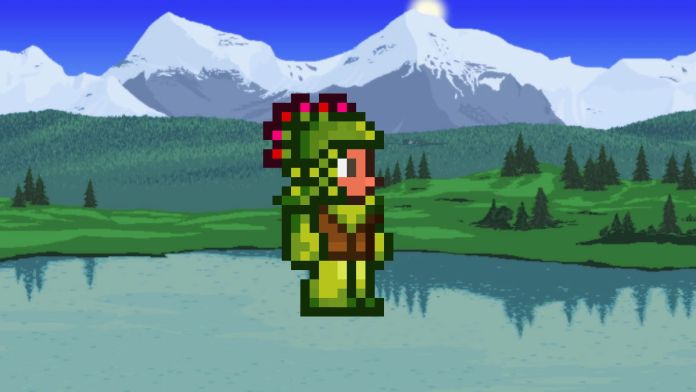 The world of Terraria is a beautiful yet dangerous place, so you’ll need to make sure you’ve got the latest gear to stand a chance. The Jungle is one of the areas you’ll be visiting towards the end of Normal mode, and to help you out, there’s a new armor set to obtain. Today, we’ll show you how to get Jungle Armor in Terraria!

Crafting the Jungle Armor in Terraria

The Jungle is a fascinating area, but it gets progressively more dangerous once you start descending into the Underground Jungle. There are lots of creepy crawlies hiding in the darkness, and some of them can even attack you through walls!

To give you a fighting chance, there’s a new armor set that you can get pretty early on in the Jungle, aptly named the Jungle Armor set. This set focuses on improving magic damage, so it’s perfect for players using magic weapons. To create this set, you’ll need the following items:

Related | How to Summon the Moon Lord in Terraria – Guide

Jungle Spores are probably the easiest material to get out of the three. As you’re exploring the Underground Jungle, you’ll come across glowing green flowers—these are Jungle Spores, and you can collect them by simply hitting them with any weapon or tool.

Stingers are dropped from Hornets and Spiked Jungle Slimes, both of which can be found in the Underground Jungle. The drop rate is about 66% (100% if you’re playing on Expert mode), so you shouldn’t have to farm these enemies for too long before you get enough Stingers.

Vines are dropped from Man Eaters, the living vines that try to snatch and eat you. Vines have a 50% chance to drop from Man Eaters, so even though it’s a little lower compared to the Stingers, it still shouldn’t be too much trouble to get two.

Take all of your materials to an Iron or Lead Anvil and then craft the Jungle Armor set. Congratulations! You’re now the proud owner of Jungle Armor.

That concludes our guide on how to get Jungle Armor in Terraria. If you have any other tips or questions, let us know in the comments below!

How To Get Jungle Armor in Terraria