Home Game Guides How to get Gold in Lord of The Rings: Rise to War

Gold is a critical resource in Lord of the Rings: Rise to War. You can use it to upgrade troops, purchase resources from the market and even build forts. The game explains the most basic way to get gold fairly early on, but this in-game tutorial really only scratches the surface of gold farming. So, how do you really maximize your gold acquisition in Rise to War?

Levying is the most basic way that you acquire gold. Fairly intuitively, this feature is accessed from inside your base in the same menu that you would use to look at your army or build something. Levying is only possible once every two hours, but you can store up to five uses and even double their gains by using gems.

The tricky thing about levying is that the amount of gold that you get scales directly with the different troop quarters that you build inside your base. Just maxing out only the first quarters leaves you with a paltry 4800 gold per levy. Once you max out all four different quarters, however, you can levy a staggering 19,200 gold every two hours.

It’s worth noting that building things in your main hall doesn’t have any influence on your levying potential. Upgrading different troop quarters generally entails meeting certain requirements with this structure, though.

Tavern tips are a way to get minor amounts of just about everything in Rise to War and gold is no exception. Just enter your tavern, click on the tips that refresh on a daily basis and check the quest rewards for gold, if that’s what you’re after.

This method isn’t especially reliable since tips are randomized and only refresh once a day unless you spend gems. That said, you can sometimes find quests that reward 10,000 gold or even more, so it’s certainly worth it to check.

The caveat is that you need a commander on standby in your base to send them on a tip and you won’t be able to deploy them in the field while they’re completing the quest. This doesn’t consume stamina, however, so it’s a good way to utilize commanders that otherwise would be too tired to do anything else.

Getting Gold From Events

Rise to War has a lot of different minor rotating events. While this generally isn’t a terribly reliable way to get gold, a lot of events require very little extra effort, so it can be useful to pick up a few thousand extra gold just for conscripting troops, for instance

You can see which events are active by clicking the icon in the top right corner of the screen beneath the icon for the in-game shop. Some event goals are based on the efforts of your fellowship or warband, so joining a powerful team can definitely help here.

Technically, bosses are part of events, but this method of getting gold is so much more effective than most events that it warrants its own section. During some events like Heart of a Hero, massive boss creatures like balrogs or dragons will spawn throughout the map. Defeating as many of these as possible is your main goal for getting gold this way.

Bosses have enormous amounts of health, but fortunately, you don’t need to beat them by yourself. The top five players in terms of damage dealt will all receive the same rewards, generally granting you several boxes that can be opened later for gold and other items.

Technically, you can sometimes get away with doing almost no damage to the boss if only a couple other players defeat it, but actually contributing helps to ensure your rewards as well as simply hastening the boss’s defeat. Bosses aren’t pushovers, so ensure that you’re sending competent armies after them.

While this may sound minor, a single trio of boxes can actually give you multiple hundreds of thousands of gold. During boss events, it’s entirely possible to even farm millions of gold if you attack enough foes. This is by far the most efficient way to get gold in the game, but boss events aren’t always active so take advantage of them while you can.

So How Do You Get Gold?

Gold comes from many sources: levying gold in your base, completing tavern tips, participating in events and defeating bosses. There’s no single right way to farm gold, so there’s plenty of room to experiment in finding which methods work best for you! 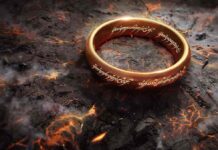 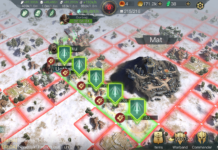 Lord Of The Rings: Rise to War Tiles Guide | Everything You Need to Know About Tiles