Home Game Guides How to Get Glyphs Fast in No Man’s Sky – Guide and...

Are you a fan of  No Man’s Sky and are interested in getting Glyphs fast? We will help you with this. For the first, let’s discuss the basics of Glyphs. In each Portal in No Man’s Sky, one will locate 16 glyphs. Every Portal has a 12-digit number which is its address. So, one needs to enter those 12 glyphs in the correct order into any other Portal. This action will lead you to the following result: you will get a chance to teleport back to this location constantly.

Are you interested in getting glyphs fast? Then keep reading to understand how this should be done.

Getting Glyphs Fast in No Man’s Sky – Guide and Tips

Let us share two methods of getting glyphs fast.

The first one is to keep continuing the Awakening quest line until it moves to a character called Artemis. Once on that part, keep going for about 8 hours.

You’ll reach a mission called the Purge; there, you will start getting glyphs. Just keep doing that mission until you have 16 glyphs.

The second way is to get them through Graves. You will need to interact with one of these special graves. Feeding these graces randomly will be a rare thing. Still, you can take a shortcut. Some space stations will have an odd-looking NPC in them. Sometimes even 2. They are travelers, talk to them and offer 100 Nanites to give you a waypoint to a grave in that system. If you are in a Vy’keen system, head to the backroom to interact with an object on the wall to get potentially 100 nanites.

RELATED: How to Get Skytouched Shaman in Raid: Shadow Legends 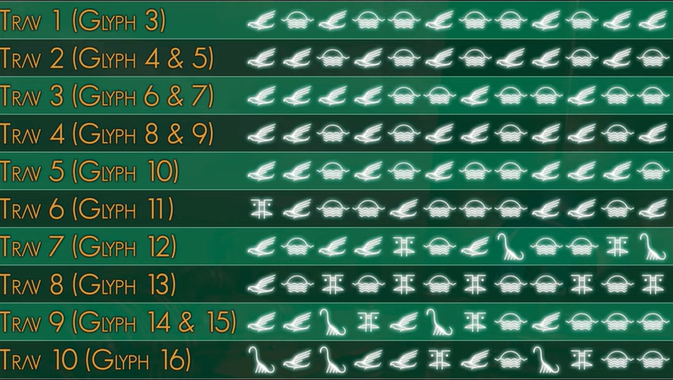 So that you can start going to them with only the first 2 glyphs, you can begin to compile this list by using the 2 glyph addresses from Bad Wolf on the game’s coordinate exchange subreddit, which all have high economies. Also, if you Portal to a location, then try to use the teleporter in the station to go back to that system’s station that was previously on the list, it’s no longer there. So, make a temporary base by the Portal you are using for this that you can teleport back to when you want to dial the next system.

Now you know how to get glyphs in the game. Have fun!