Home Game Guides How to Get Fish Bow in Genshin Impact 3.0 Update 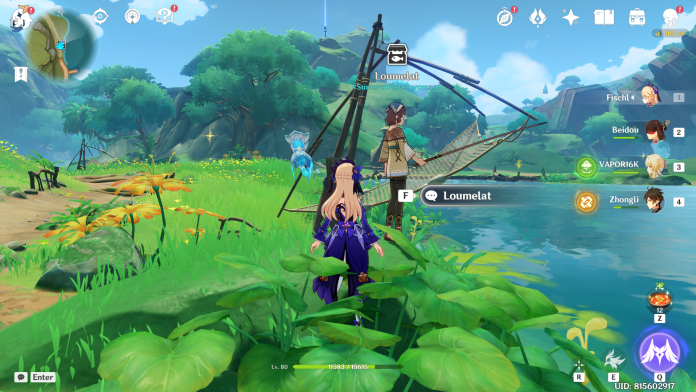 Obtain End of the Line Bow in Genshin Impact

Like other regions, Sumeru also has a fishing association. Players can purchase End of the Line bow from Loumelat, a member of Sumeru Fishing Association in Genshin Impact 3.0. She is located beside the river in the north of Port Ormos.

Players who have already obtained “The Catch” are already familiar with the process. In Genshin Impact, fishermen value fishes more than anything. Players can get man items by trading different types of fishes. To get End of the Line Bow, players will have to collect the following fishes:

End of the Line isn’t a time-limited weapon and can be obtained anytime. Players can also purchase its refinements from Loumelat by trading the following fishes:

End of the Line stats and passive

Here are the stats and passive effect of End of the Line at level 90 and max refinement:

End of the Line is a decent free-to-play bow for energy-hungry and burst-support characters. Players who don’t have better bows like Favonius Warbow or Sacrificial Bow can get End of Line for free.

Related: How to Unlock Sumeru Daily Commissions in Genshin Impact 3.0

How to Get Fish Bow in Genshin Impact 3.0 Update