Home Game Guides How To Get Fire and Water-type Paldean Tauros in Pokémon Scarlet and... 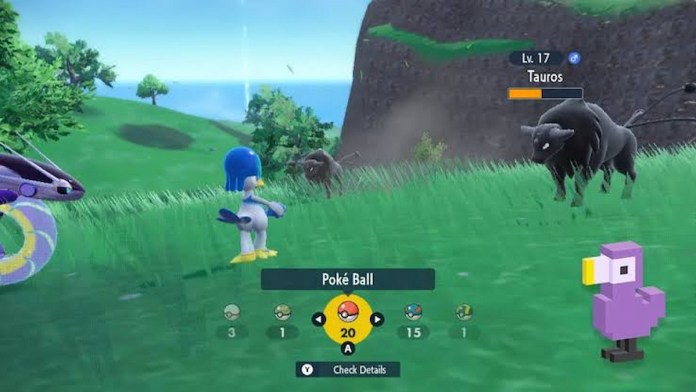 Pokémon Sun and Moon was the first Pokémon game to introduce players to the concept of regional forms and every new Pokémon release has brought new variants for older Pokémon that have changed elements of their actual designs in order to fit with other regions.

All three versions of Paldean Tauros can be found in the same location in Pokémon Scarlet and Violet. When exploring Area Two of either the East or West Province, Paldean Tauros (Combat Breed) can show up along the grassy plains. And although these are the regular spawns, the other Breeds aren’t far behind as well.

So in Paldea, wild Pokémon will often appear in groups of five and in each group, there’s a chance for rare encounters to show up including Blaze and Aqua Breeds. This means players will have to try and find a herd of Tauros and pick out the various Breeds and catch the one they want.

Lastly, these three Tauros variations are also known as Breeds. They have unique characteristics depending on where they are caught. Combat Breed is the base of Paldean Tauros while Blaze Breed and Aqua Breed just takes the Pokémon in slightly different directions.

Pokémon Scarlet and Violet is currently available on Nintendo Switch.