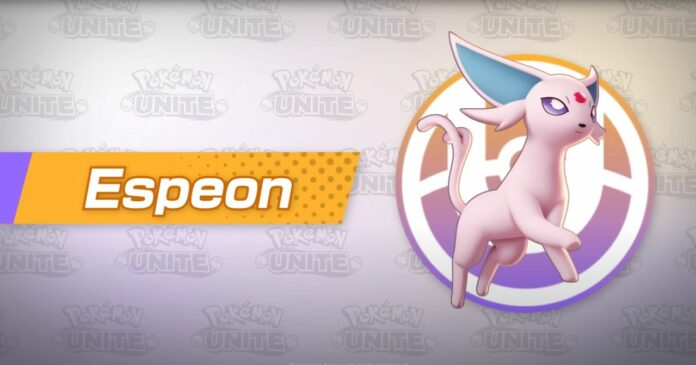 Pokemon Unite may still not feature everyone’s favorite Pokemon, but it is undeniable that the developer is doing its very best by adding as many pocket monsters as possible in a short amount of time.

A fan-favorite Pokemon, the Eeveelution Espeon, has finally landed in the first MOBA based on the series, and players will have the chance to get it for free by fulfilling certain requirements.

Here’s how you can get Espeon for free in Pokemon Unite.

Espeon has just landed in Pokemon Unite alongside a new event featuring Unite Battle Committee Special Missions that players can complete to obtain points. After getting 2000 points, players will be awarded a license that will unlock Espeon for free.

The new event, which will run until June 13, includes Daily and Weekly missions that reward players with varying amounts of points. The Daily missions are the quickest to complete, and reward players with a total of 220 points per day, so you would need to play the game and complete these simple tasks for 10 days to get Espeon for free without too many troubles. Weekly Missions do give out more points, but they are more complicated and take slightly longer to complete, so focusing on them may not be the way to go for some players.

In case you have some Aeos gems set aside, you can get Espeon immediately in the Battle Committee for 575 Aeos gems. A steep price for most players, but if you do not want to take part in the event, and want to use Espeon as soon as possible, it could be a worthy one to pay.