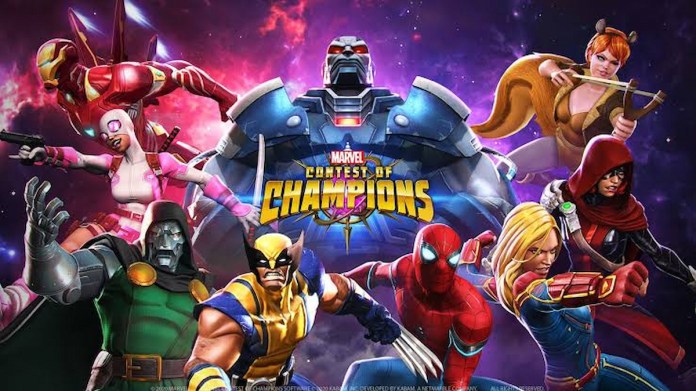 Doctor Strange in the Multiverse of Madness does not only let you experience the madness of the multiverse, but it extends to mobile devices as well. We saw the addition of a couple of Dr. Strange allies like America Chavez and Spider-Man.

And just last week, we got to learn more about Wong and Rintrah from the multiverse of madness frames as well. And now that those closest to him are here, players can finally use the master of the mystic arts himself.

While Strange is no longer Sorcerer Supreme, he is still one of the most powerful sorcerers in the MCU, and the new Dr. Strange 2 film proves just that. Players can now play as Dr. Strange in Marvel’s Contest of Champions and witness the multiversal threat that only Strange alone may solve.

There’s a new beastly figure calling itself Symbiote Supreme, a chimaera between Doctor Strange and a symbiote threatens the Battlerealm. This threat has forced Strange to seek out and call upon his allies, Wong, Spider-Man, and America Chavez, for help.

Doctor Strange can now be added to the squad for free until June 8th. Other heroes like Wong and Rintrah will make their way to the game on May 12th and 26th respectively.

However, despite having Strange, the Symbiote Supreme also has his own dark forces that are ready to fight alongside him, such as the likes of Moon Knight, Baron Mordo, and Venom, all ready to wreck havoc. Then there’s Scarlet Witch who, as seen in the trailer, presents herself to both teams and as usual, appears intimidating.

Keep an eye out for more events that are likely to unfold as Dr. Strange battles evil forces in the metaverse.