Home Game Guides How to Get Alliance Tickets in Cookie Run: Kingdom 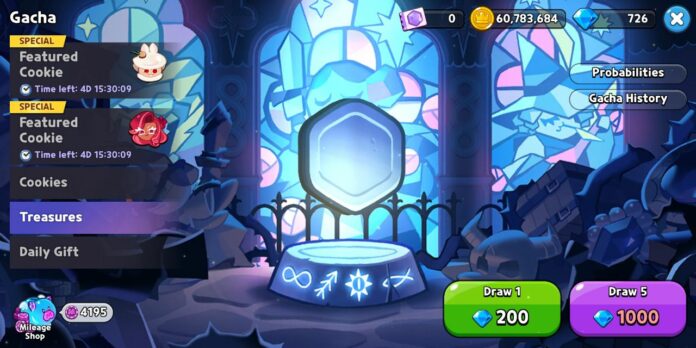 Cookie Run: Kingdom is an exciting RPG about the adventures of cookies. Players will have to fight monsters, collect resources, and replenish their army. The game also has many different events with cool rewards and mechanics. For one such event, players will need Alliance Tickets, and in this guide, we will tell you how to get them.

The Guild Battle Update is now live. Along with the update, a museum room appeared in the guild for relics. The update also brought a new mode called Cookie Alliance. All the cookies in the kingdom will have to unite to fight the monsters.

Cookie Alliance will be divided into battles, which in turn will be divided into chapters. Players will need to assemble five teams of five units. These teams will fight waves on waves of different enemies. When one team loses, a new one will take its place, and so on until the fifth team.

To participate in these battles, you will need to use a new resource called Alliance Tickets. Luckily, they don’t need to be farmed anywhere, as they replenish on their own over time. Moreover, if you have extra Alliance Tickets before the end of the season, you can use them in subsequent seasons.

The update will also allow players to explore the Guild Museum and Guild Domain, and meet both new and familiar cool cookies. We hope this guide was useful for you.