Home Game Guides How to Get Ahri’s Legendary Weapon in Ruined King: A League of... 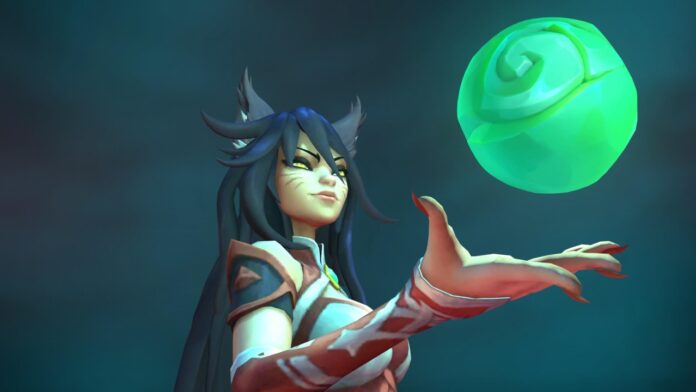 In Ruined King: A League of Legends Story, by the end of the game, all available Champions become extremely powerful, able to take on all sorts of enemies, including the titular Ruined King.

Those who are willing to go the extra mile to make them more powerful are also able to do so, thanks to some special quests that reward them with the powerful Legendary Weapons.

Here’s how to unlock Ahri’s Legendary Weapon, the Oblivion Orb.

How to Get Ahri’s Legendary Weapon in Ruined King: A League of Legends Story

To forge Ahri’s Oblivion Orb Legendary Weapon, like for all the other Legendary Weapons, you will need to obtain three different items: the Icefox Token, the FoxFire Token and the Midnight Fox Token.

To get the Icefox Token, head to the Vault of the Vesani and dismantle the golem found on the left side of the Light Silo area. Complete the puzzle ahead and you will find a chest with the item inside.

To get the Foxfire Token, you will need to travel all over the Shadow Isles and turn three different statues towards a specific direction. The first is found in the Light Silo in the Vault of the Vesani, and it needs to face northwest. The second statue, which needs to be turned to face the northeast, can be found in the Shadows Vaults, behind a destructible wall that can be destroyed by Braum’s dungeon ability nearby the Conjunction Chamber. The third and final statue, which has to face north, is found in the Vault of Giants, inside the room with the mist circles. After this has been done correctly, you will need to warp to the new Vault of the Blackbirds location, where you will find the Foxfire Token.

To get the Midnight Fox Token, you will have to defeat the Veil Jumper enemy, which can be unlocked by taking on the related Bounty Quest. For this quest to become available, you will need to complete the A Matter of Discretion sidequest.

With all three items in tow, head back to the Arcane Forge to forge the Oblivion Orb, and turn Ahri into an even more devastating Champion!

How to Get Ahri’s Legendary Weapon in Ruined King: A League of Legends Story