Home Guides How To Get A Horse In Miitopia 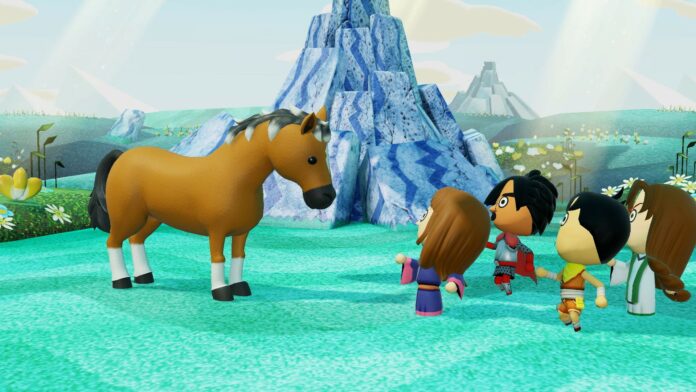 In Miitopia, you will embark on an epic journey to save the world from the evil Dark Lord together with many different companions. While other Miis make up the majority of your party, there is another non-human ally that can prove to be even reliable than the other human party members: your horse.

Here’s how to get the horse in Miitopia

How To Get The Horse In Miitopia

The horse in Miitopia can be found not too long after the beginning of the adventure. During the game’s first few minutes, you will be tasked with recovering the faces of villagers from the Dark Lord, and so you will be exploring a few different locations until you reach his castle. Right before entering the area, you will be forced into a battle against some enemies who are beating up a horse.

Win this simple battle and you will realize the horse wants to come with you. Before it can join your party, however, you will be asked to customize the animal by choosing its name and picking its mane and color, and even add a few other elements like horns and more. Once you are done with the customization process, the horse will join your party. You do not even need to get one of your Mii party members out to make space for the horse, as the animal will act as the fifth party member throughout the adventure.

What Can The Horse Do?

If you take care to increase your bond with your horse by sleeping in the stables while at an inn, you will be able to unlock some extremely powerful attacks, including some devastating area of effect attacks that can make the most difficult battles feel like a walk in the park. Do note that every party member can improve their bond with the horse, so make sure to make them sleep with the horse in the stables every now and then.