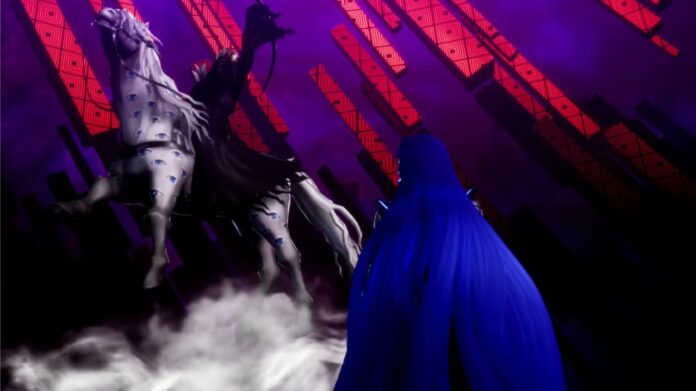 Shin Megami Tensei V features a huge amount of demons to recruit and fuse, but those who feel like those available in the base game are not enough have no choice but to purchase the Return of the Demon King, which allows players to unlock new Special Fusions for the iconic Fiends that have appeared in Shin Megami Tensei III Nocturne for the first time.

Among these Fiends is White Rider. Here’s how to fuse this powerful demon and what are his abilities.

How to Fuse White Rider in Shin Megami Tensei V

Before you can fuse White Rider, you will first have to defeat the demon in combat. Unlike Matador, Daisojou, and Hell Biker, the demon will not be available as soon as you start the Return of the Demon King quest, but only after you have defeated Surt in the main campaign.

After you defeat White Rider, you can get him to join your party via Special Fusion. You will need to fuse Matador, Power, and Eligor.

White Rider is a good demon to have in your party when you are at around 50% completion of the main story, also thanks to its resistances and skills, which are decent enough for a mid-level demon. White Rider can repel Fire and resist Light and Darkness. He is weak to Electricity, so keep this in mind when you bring him out in battle.

White Rider doesn’t have a huge variety of Skill Proficiencies, so he isn’t terribly good at using most skills. He comes with a +5 in Fire, +3 in Support, and -5 in Electricity.

Below, you will find all the skills White Rider learns.

How to Fuse White Rider in Shin Megami Tensei V