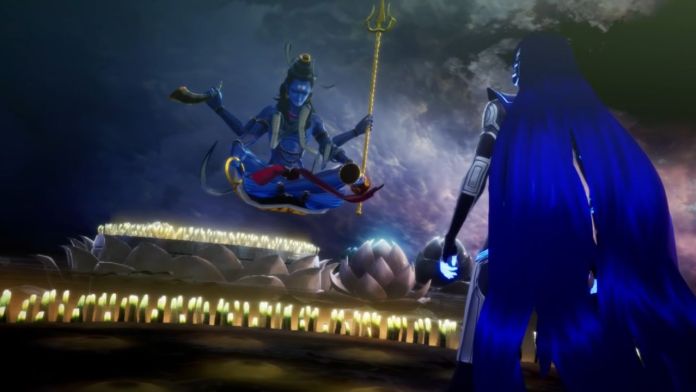 In Shin Megami Tensei V, the Nahobino needs the power of demons to survive Da’at and eventually enforce his will, and shape the world to his liking. And to get the power of demons, he will have to convince them to join him by talking with them, or using the World of Shadows services to fuse them.

How to Fuse Shiva in Shin Megami Tensei V

In Shin Megami Tensei V, Shiva can only be obtained via Special Fusion, but you will first have to defeat him in battle before the option is available to you.

To fight Shiva, you will have to reach the Taito ward and defeat Vasuki. Once this is done, continue exploring the areas nearby to meet Shiva and accept the A Universe in Peril sidequest. If accepted, the Nahobino will fight Shiva, and if you manage to defeat him, which won’t be an easy thing to do, considering the demon is one of the strongest ones in the game, you will unlock his Special Fusion.

To fuse Shiva, you will need to fuse Barong and Rangda. The two demons are pretty common, so you won’t have much trouble getting them.

Shiva is among the best demons you can get in Shin Megami Tensei V, as he is capable of resisting and draining multiple elements. He can Resist Physical, Light, and Dark and Drain Fire and Electricity. His only weakness is Ice, which can be easily covered by the proper skills.

Shiva is also extremely good at using several different skill types, thanks to his proficiencies. He comes with a +6 in Physical, +3 in Fire, Electricity and Almighty and +2 in Support. His -5 in Ice and Ailments and -2 in Healing make the demon below average when using these skill types.

Below, you will find all skills Shiva learns in Shin Megami Tensei V.

How to Fuse Shiva in Shin Megami Tensei V