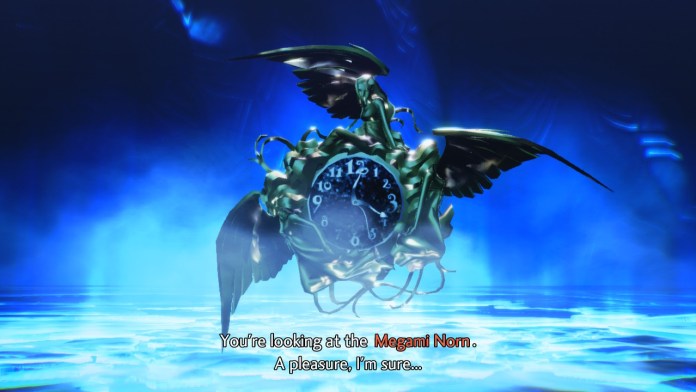 Shin Megami Tensei V features a vast selection of demons to recruit, but the most powerful ones are only available via Special Fusion, which requires specific demons to give birth to a more powerful one.

How to Fuse Norn in Shin Megami Tensei V

As mentioned above, Norn can only be obtained via Special Fusion, which gets unlocked as soon as the Nahobino reaches level 67, the demon’s base level. Once you have reached this level, you can get Norn by fusing Clotho, Lachesis and Atropos.

Norn is a very good demon to bring in fights against enemies that can instant kill your characters with Light and Dark attacks, as the goddess of fate of Norse mythology can Resist Light and Null Darkness. She is weak against Electricity, however, so beware when fighting enemies that can use the Zio family of skills.

Despite being a high-level demon, Norn isn’t particularly versatile, when it comes to skills. This doesn’t mean, however, that she is bad, as skills like Luster Candy and Phys Block make her an excellent support-focused demon.

The demon comes skill potentials of +1 in Light, +4 in Healing and +3 in Support. She comes with a -4 in Electricity, so avoid making her learn this type of skill, no matter what.

Below, you will find all the skills this demon learns.

How to Fuse Norn in Shin Megami Tensei V