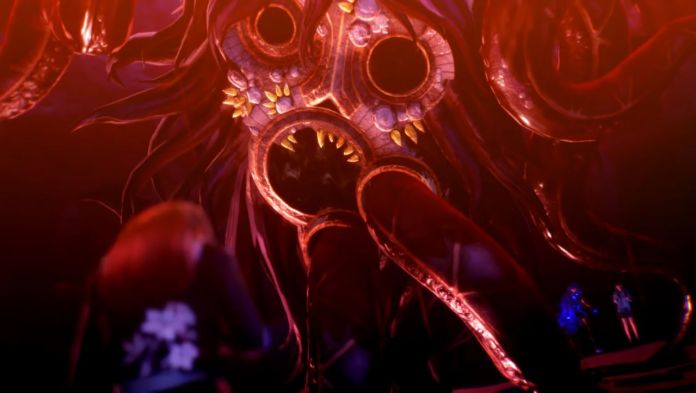 Shin Megami Tensei V, just like previous entries in the series, allows you to recruit a lot of different demons by talking with them during combat, but some of them, such as bosses, have no intention of talking with you. This doesn’t mean that they cannot join your party, as defeating them usually unlocks their Special Fusion.

Among the bosses that can be made to join your party via Special Fusion is Lahmu. Here’s how to fuse it and the skills it learns.

How to Fuse Lahmu in Shin Megami Tensei V

Lahmu is one of the main story bosses in Shin Megami Tensei V, and you will have to fight this demon in the first half of the game. After you defeat it, you will unlock its Special Fusion.

To get Lahmu, you will have to fuse Naja Raga with Forneus and Black Ooze. The demon starts at Level 48, so you will have to level up your Nahobino quite a bit after defeating Lahmu to get it in your party.

Despite not being among the best demons in Shin Megami Tensei V, Lahmu definitely knows how to hold its own thanks to some varied resistances and excellent skill proficiency. The demon can resist Ice and Force, and null Dark, but is weak to Fire, so keep these affinities in mind before using it in battle.

As mentioned already, Lahmu’s skill proficiency is quite solid and extremely varied, giving you multiple options when it comes to builds. Lahmu comes with a +3 in Ice, Dark and Ailments, and +2 in Physical, Force, and Almighty. Its -4 in Fire makes it bad at using Agi skills and the like, so do not waste a skill slot on these skills.

Below, you can find all the skills Lahmu learns.

How to Fuse Lahmu in Shin Megami Tensei V