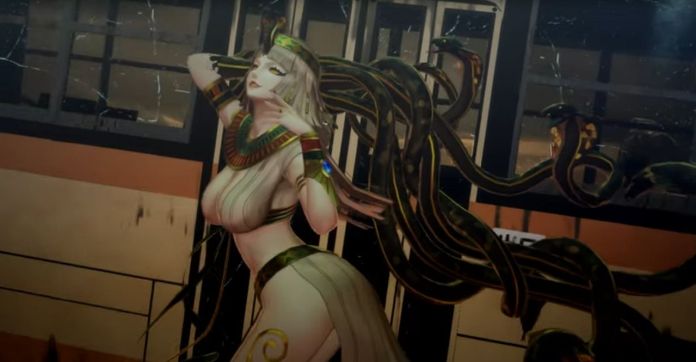 Shin Megami Tensei V launched together with a couple of DLC expansions that add additional sidequests to the game. These sidequests allow players to fight some very powerful demons and unlock their Special Fusion so as to get them to join their party.

Cleopatra is among the demons that can only be recruited by purchasing one of the DLC expansions. Here’s how to fuse her and all the skills she learns.

How to Fuse Cleopatra in Shin Megami Tensei V

Cleopatra can only join the Nahobino in his quest after completing The Rage of a Queen DLC sidequest, as you will unlock her Special Fusion after defeating her in battle.

To get Cleopatra, you must fuse Titania, Isis, Lamia, and Narcissus.

Cleopatra is a very powerful demon that is both incredibly versatile and great at resisting a variety of elements. The demon can resist Fire, Ice, Electricity, and Force and drain Light. She is weak to Darkness, so watch out when fighting against enemies that use Mudo skills.

As already mentioned, Cleopatra is quite versatile thanks to her excellent skill proficiency. She comes with a +6 in Ice, +5 in Force, Light, Healing, and Support, and +3 in Ailments. Her -6 in Dark makes her bad at using skills of this element, so do not waste skill slots on them.

Below, you will find all the skills Cleopatra learns.

How to Fuse Cleopatra in Shin Megami Tensei V