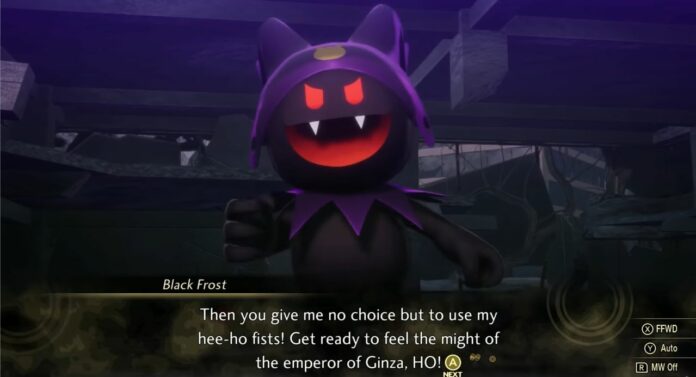 Black Frost, one of these Jack Frost variants, can be obtained, like a few other demons, via Special Fusion. Here’s which demons you need for the fusion and how good Black Frost actually is in combat.

In case you decide to side with Dyonisus, the only way to get Black Frost is via Special Fusion. You will need to fuse King Frost, Baphomet, and Loa to get it.

Black Frost, like pretty much every demon obtained via Special Fusion, can be quite useful, thanks to its resistances and skills. In Shin Megami Tensei V, Black Frost can resist Fire, null Ice, and repel Darkness. The demon is weak to Light, so be careful when going against demons that use Hama skills and the like.

Regarding Skills, Black Frost is a little limited, as the demon only has a skill proficiency of +3 in Ice and +4 in Dark. The -4 in Light makes it horrible at using Light skills.

Below, you will find all the skills Black Frost can learn.