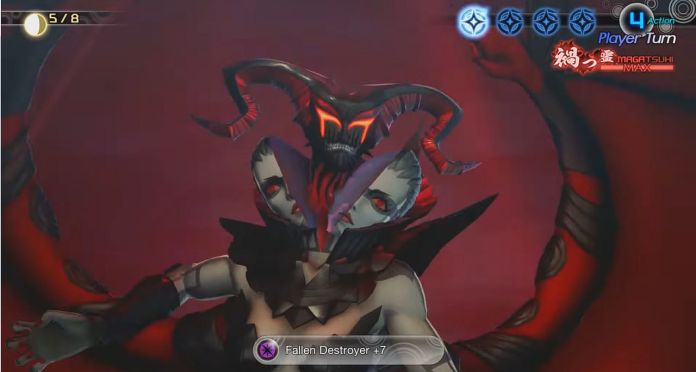 Abdiel is among the most important characters you will meet in Shin Megami Tensei V, and one that is not particularly friendly towards the Nahobino.

At the end of the story, you will understand her role in the grand scheme of things, and after you complete the game, you can also get her to join your party in her regular form and in her transformed, Fallen, form.

Here’s how to fuse the transformed Abdiel and the skills she learns.

How to Fuse Abdiel (Transformed) in Shin Megami Tensei V

Abdiel’s Fallen form, like her regular one, can be made to join your party via Special Fusion only in New Game Plus mode, as completing the game is the condition to fulfill to unlock the fusion itself. Once you do, you can get her by fusing the regular Abdiel with Amon and Kali.

Fallen Abdiel is considerably better than her regular form, as not only does she start 9 levels above the original form, but she also has better resistances. The Fallen demon can resist Ice, Electricity and Force, and repels Dark while being weak to Light. As such, avoid having her into your party if you are fighting demons capable of using Hama skills, as they will insta-kill her.

Fallen Abdiel’s skill potential, on the other hand, is a little limited, so your customization options aren’t particularly vast. She is quite good at using Dark skills (+7), and only decent at using Ice (+4) and Force (+2) skills. Her -5 in Light and -3 in Heal make her very bad at using these skill types, so don’t waste sill slots on them.

Below, you will find all the skills Fallen Abdiel learns.

How to Fuse Abdiel (Transformed) in Shin Megami Tensei V