Home Game Guides How to Free the Sasquatch in Kingdom Rush 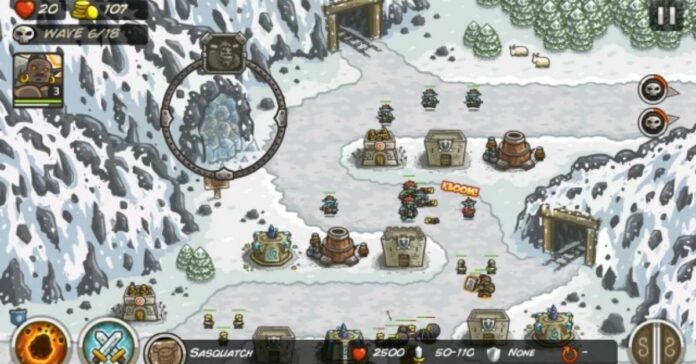 The great mobile strategy game gets frequent updates from the developers, which motivates newcomers to try out the project even in 2022. We will explain how to free the Sasquatch in Kingdom Rush, since unfreezing Bigfoot is one of the key missions that you will meet on your way. You will meet the creature in the snow-covered playing spaces.

In this case, the difficulty is slightly above average, so it is not recommended to immediately climb to this level. It is better to act slowly, carefully planning the next steps. The main task is to clear the area by placing checkpoints, artillery pieces, etc.

To free the Yeti, it is important to understand the mechanics of a particular level. The character is your ally, so you cannot miss him.

At the location with the Persian, you will see a cave, the entrance to which was initially blocked by an ice rock. It must be destroyed. For this, use the meteor shower. After a successful hit (aim at the area where the entry point is located), you will see a spectacular animation. The passage will be unlocked, and the NPC will be released.

A friend who ran out to meet you will begin to destroy enemies, which will greatly facilitate your further game.

How to Free the Sasquatch in Kingdom Rush