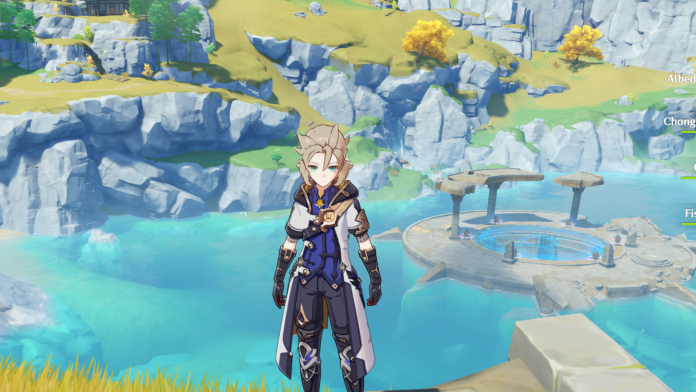 Despite receiving a good critical reception from the gaming community, Genshin Impact also has its own shortcomings. As a live service game, Genshin Impact offers a profusion of new content that comes in the form of new playable characters, events, locations, new gameplay mechanics, weapons and much more.

Though when it comes to Genshin Impact’s performance, especially the latency – the game faces some serious issues. Low framerates, stutters, bugs and glitches are one thing – but facing high ping issue when players have a good internet connection is just not justifiable.

The problem is generally caused by the way miHoYo’s servers connect with each other. In the above command prompt screenshot you can see – when we manually checked the ping for the Genshin Impact Asia server, the response time was around 86~87. But the actual ping that we get while playing Genshin Impact is around 147~150.

This happens because we don’t directly connect to our nearest server. Instead we connect to a server that has already been connected via two or more serves. (For ex- miHoYo’s Asia server –> US server –> Japan, India or any other Asian country)

How to fix high ping issue in Genshin Impact

To fix the high ping issue for Asia or any other server in Genshin Impact, players should use a VPN and try to connect to the nearest Genshin Impact server.

Knowing all the available Genshin Impact server locations can be a daunting task, but, to make it easy – we already have a guide that lists all the regions and countries where Genshin Impact game servers are located.

Players can use any VPN to resolve the high ping issue, just make sure to check the above Genshin Impact server list and verify if the VPN offers the nearest server connection point point or not.