Home Guides How To Fix Error Codes in MW2 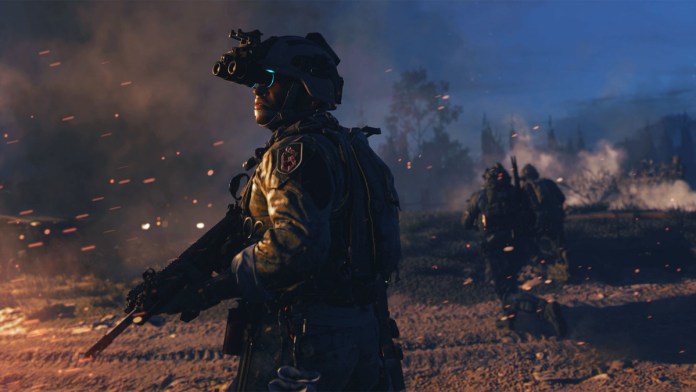 Obviously, you don’t want to see any of this when trying to join a multiplayer match, because error codes typically signify a system issue that may keep you from accessing either the multiplayer modes or the battle royale, or both.

Players are encountering the MW2 error code WOLTER – FRANCIS while attempting to connect, frequently after being stalled on a “Waiting for datacenters” warning message for a while.

This is due to the release of Warzone 2 and the significantly increased traffic to the servers. Your best option is to exit and try again as this issue indicates that the servers are overcrowded and a connection could not be created.

There isn’t really a workaround other than to keep trying, and this problem should go away when the servers ‘calm down’.

You can also try restarting the game or your computer and making sure your internet connection is working properly.

The MW2 error code BLANDING – SCOTT may occasionally appear in the menu screen’s corner, usually accompanied by a connection issue message, as several gamers have seen.

It’s okay to ignore this issue if it’s not bothering you because it doesn’t seem to be interfering with how the game really functions and might be related to unfinished back-end interactions with the Store.

Error message for MW2 TRAVIS – RILEA is a different indicator of connectivity issues with the servers and may also cause the message “Connection Failed” or “Timed Out” to appear while attempting to start the game.

Like with the other difficulties stated above, check the usual online sources to see if there are any current server issues, and ensure your own internet connection is trouble-free.

Restart your computer and network if necessary to check if it fixes any hitches that could have been slowing things down.

A “Download Failed” notice might appear along with this error code. Check to see whether the Modern Warfare 2 servers are down if this appears and the retry download option doesn’t fix the issue. This might be what’s stopping the necessary files from downloading. Check for updates and validate your game files, which should resolve the issue provided there are no server problems and your internet connection is working normally.

This error code isn’t a new one. The thing is, you can’t really do anything about it, other than wait. It’s a server related issue. What is causing this specific bug is still unknown. If you are getting this error, simply try again later or even another day.

How To Fix Error Codes in MW2