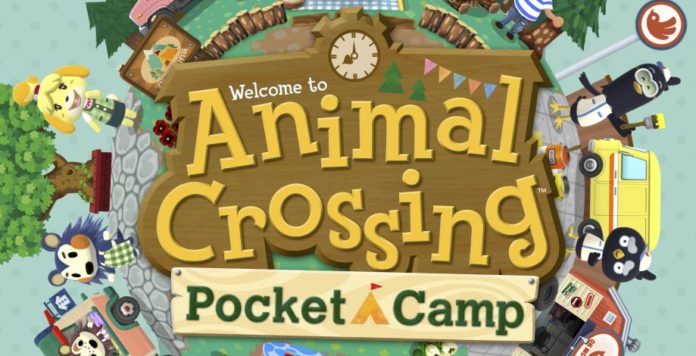 But worry not – we’re here to tell you everything about them and how to (try to) fix them. So if you’re getting the “communication error” message in Animal Crossing Pocket Camp, or if you are experiencing any other sort of issue, read on!

“Try moving to a location with a better connection. If you still have trouble connecting, try again later.” Support code: [802-1916]

And finally: “A communication error has occurred. Please try again later”. This one also has a different support code: [802-0809]

There might be other errors in the game with different messages too. Still, these all seem to be connection issues and most likely they’re not coming from your side.

Most likely, it’s Nintendo’s servers that simply can’t handle the influx of players because everybody and all their relatives are trying to play the game right now!

This means that the servers are loaded and we’re expecting Nintendo to fix this problem as soon as possible. Until then, we can only wait unfortunately.

One of the biggest drawbacks of these internet-related errors in Pocket Camp is the fact that you can lose some of your progress, depending when the problems started.

Just keep an eye on the lower right corner of your screen and if you start seeing the loading wheel spinning over and over again and never disappearing, stop doing anything that you are doing.

In that case, the game is most likely having trouble connecting to the servers and sooner or later you will get a connection error message.

Anything you do in the game after this problem has started (and there’s usually a delay of up to a dozen seconds and more) will be lost.

So just take your time, wait and see if the game will get to communicate with the server or not.

But if you want to make sure that the problems are not caused by your device or internet connection, there are a few things you can try out in order to fix the connection errors received in the game. Here is what you should do:

How to fix connection problems in Animal Crossing Pocket Camp

1. First, go the easy route and simply exit from the game and force quit it (by swiping it away from the App Cache). Then simply start the game once more. Strangely, this worked for us on a few occasions.

2. Alternately, you can simply restart your device. This is even better in most cases as you also get a boost in performance since many apps running in the background and clogging your device’s memory or bandwidth will be closed.

3. Make sure you only play on a WiFi connection and you have a solid signal. The game needs a lot of bandwidth at the moment and playing it on your mobile data is not recommended. Instead, move to a place with solid WiFi signal and try again.

4. If you have access to it, restart your router as well. Simply turn it off for 20 seconds, then restart it. While you’re waiting for the 20 seconds to pass, turn off the WiFi on your device as well and turn it on only after the router has restarted.

You should definitely try these things as they won’t do you any harm, but as I said earlier, it seems that all these connection errors in Animal Crossing Pocket Camp are not caused by your device or your internet connection, but the overcrowded servers on Nintendo’s side.

They were probably not anticipating such an amazing popularity so soon after the launch of the game, but I am sure that they will fix this and in the next couple of days we’ll get fewer and fewer error messages and we’ll be able to fully experience Pocket Camp.

What about you? Are you still getting this connection issue messages? Have you find a way to fix them?