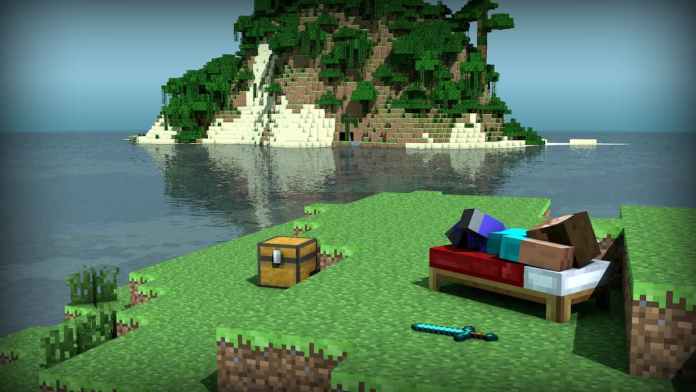 Minecraft is one of the most popular games in history because from its inception to the present day, it still occupies one of the highest-ranking lines in terms of popularity. Of course, such popularity led to the fact that the game received its version for mobile devices, which is now in no way inferior to computer versions. But playing in survival mode, regardless of the version, you can die, and in this article, we will tell you how to find the place of your death in Minecraft PE.

There are plenty of ways to die in the game, it can be death from hostile creatures, from falling from a height, or die from the hands of another player. True, in the latter case, it rarely makes sense to look for the place of death, since most likely all the valuable resources were stolen by the killer.

In any case, knowing how to find the place of death will be useful. And the first thing we advise is to create a respawn point. To do this, you just need to place a bed in the world and sleep on it, after which do not break it, since in this case the respawn point will disappear. It is best to do this in your home and this should be done so that after death you would at least roughly understand where you should start searching, and not lose everything along with the house.

How to Find Where You Died: