Home Guides How To Farm Chests For Treasure in Hyrule Warriors: Age Of Calamity 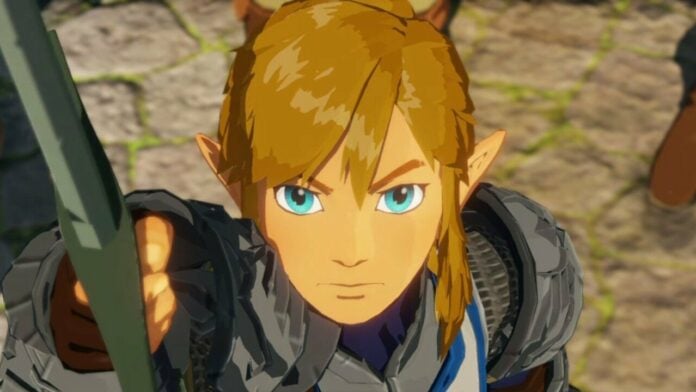 Like in The Legend of Zelda: Breath of the Wild, there are treasure chests scattered all around the map hidden inside giant skulls in Hyrule Warriors: Age Of Calamity. In the spin-off game, these chests include random treasure, but it is possible to open them over and over to get the weapon you are looking for.

These chests can seemingly only be opened once per mission playthrough, but there is a way to farm them using a specific method. So let us not waste any more time: here’s how to farm treasure chests in Hyrule Warriors: Age Of Calamity.

As mentioned above, these Skull Chests are found in precise locations on the map, and are usually guarded by a group of enemies. To be able to open them, you will have to defeat these enemies first. Once opened, these chests yield a random weapon sporting a seal and materials and then disappear, forcing you to replay the entire mission to be able to open them again.

How to Farm Skull Chests

If you are not really up for gambling, and you want to get a certain weapon without having to replay the same mission over and over, there is a way to farm these chests, and that is by using the game’s checkpoints system.

While this method is available for all skull chests in all missions, there is one mission where farming these chests is much faster than in all the others: the Battle of Hyrule Field Chapter 1 main story mission.

Set the difficulty to Hard or above and begin the mission. Then, head over to the left side of the map where the Moblin spawns, defeat it and then head south to the camp with the big Bokoblin. Do not defeat it as soon as you get to the camp, but let it lower your health before taking it down. Head south to trigger the tower cutscene and then south again where you will find a skull chests. Defeat the enemies and open the chest: if you did not get what you wanted, let the enemies defeat you so to let you respawn near the cave, the chest back in its place. Repeat the last few steps over and over until you obtain the weapon you are looking for.