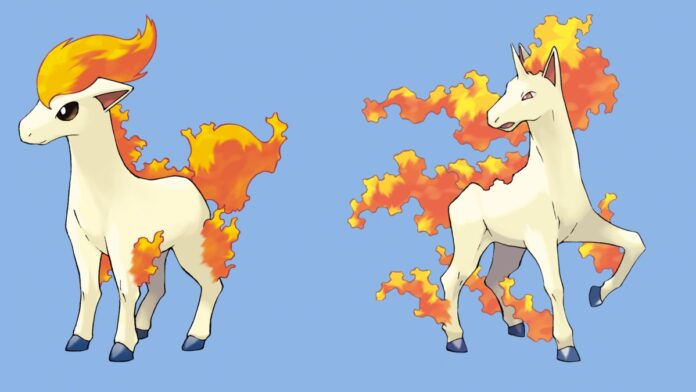 Ponyta is one of the strongest Fire types you can add to your team in Pokemon Brilliant Diamond and Shining Pearl. It’s available fairly early in the game, so you can raise it with your beginner team. Ponyta later becomes even more powerful when it evolves into the majestic Rapidash. Here is how to get that form.

Where To Find A Ponyta

If you haven’t already captured a Ponyta, you need to go ahead and do that. They are available in the grass on Route 206, 210, 211 at night, 214, and 215 during the day. Make sure to bring some Great Balls and Quick Balls to capture it with. Don’t bring any Water type or Ground type Pokemon or you could run the risk of it accidentally fainting. Don’t worry too much if you do, however, as they spawn pretty frequently.

How To Evolve Ponyta

To evolve Ponyta into Rapidash, you don’t have to do anything except raise it as you would any other Pokemon. Train it up to level 40 at any time of the day and it will automatically take its brand new form.

All of Rapidash’s best moves it learns completely on its own except for one, that being Flamethrower, which is TM35. You can purchase this at the department store in Veilstone City. It’s powerful, it has 100 percent accuracy and a decent amount of PP compared to some of the other strong moves Rapidash can learn. When it comes to those powerful moves with low PP like Fire Blast and Inferno, it is recommended you pick only one to take a slot. Those strong moves tend to have very low accuracy and are useless in a pinch compared to something like Flame Wheel and Flamethrower.

You should also have it always knowing Fire Spin because that can do burn damage per turn, which comes in handy for some later fights when the game gets more tricky.

Ponyta is definitely a good choice to have as the Fire Type on your team because it’s easy to find, easy to raise, and very strong. It’ll incinerate the foes you face in the game with no problem.

How to Evolve Ponyta in Pokemon Brilliant Diamond and Shining Pearl