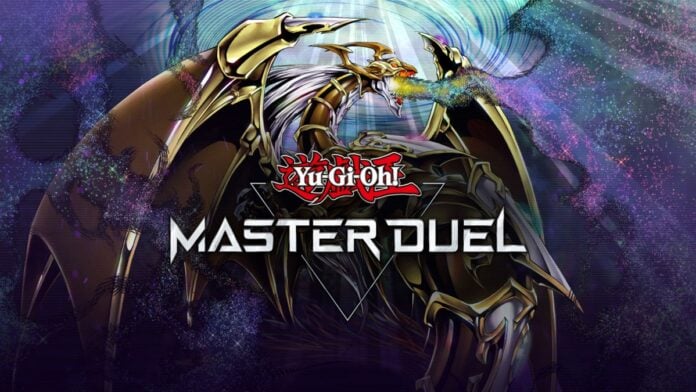 Yu-Gi-Oh! Master Duel is a free-to-play simulator based on the Yu-Gi-Oh! Series and trading card games. The game is entirely digital, wherein players can purchase and collect cards from all over the series.

The game was first announced on July 20th 2021, in the first Yu-Gi-Oh! Digital NeXt presentation. After a blockbuster announcement, the game was cited for a winter release in 2021. But due to unforeseen circumstances, that time window was missed and instead, the game ended up releasing on January 19th 2022, just a day before the time of writing this.

Yu-Gi-Oh! Master Duel is the latest expansion to the Yu-Gi-Oh! series. With stunning HD graphics and brand-new battle animation, it was a welcome surprise to players new and old, especially being playable on almost every platform.

The game involves players collecting digital cards, building their own decks and allowing them to battle through card stories, learning how to play in Solo mode. The game also heavily features and emphasizes a thriving online multiplayer feature, where players can challenge each other online through Duel mode.

The game also features cross-play and cross-save support, which means players can play with their friends across multiple platforms seamlessly! These includes all the events that will be released as well as tournaments that players can compete in!

The Yu-Gi-Oh! Neuron Mobile App was released in conjunction with the launch of the game. The app allows players to register their copies of the game on the mobile app, thereby allowing them to link their game progress across multiple platforms, including all of their in-app purchases made.

The Yu-Gi-Oh Neuron mobile app also allows players to check players’ decklists from around the world and if they so desire, download them to their device and improve their own gameplay by doing so! All the player has to do is to link their game up to the Neuron app and browse through the decklists at their leisure!

With Yu-Gi-Oh! Master Duel being dropped upon us as a surprise, our gaming community is excited to learn more as well!