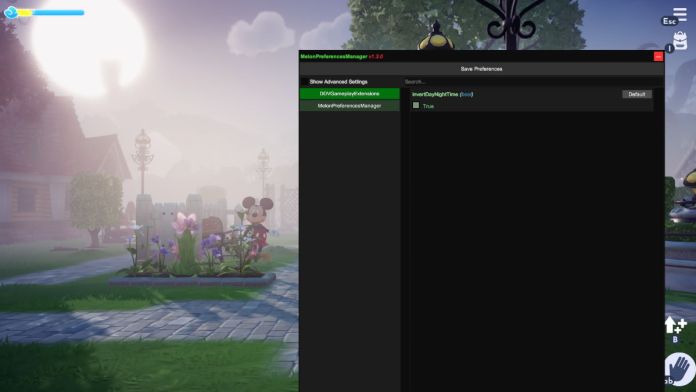 Getting and Installing Mods for Disney Dreamlight Valley

It should be noted that these mods will only work on PC, and with the Steam version of the game. The PC Game Pass version doesn’t allow you to modify the game files, which is why the Steam version is required.

As of writing, there is a grand total of exactly four mods for the game, and they’re all pretty much cheat mods. You can get stuff like Star Coin multipliers, infinite energy, time changers, and more. Once the modding scene grows more, we expect to see lots more mods, maybe even character mods.

All these mods require you to install BepInEx Bleeding Edge, a custom mod loader. Scroll down, open up the latest artifact entry, and then download the (IL2CPP) version.

Once you have BepInEx downloaded, unzip the contents of the downloaded .zip file and put them straight into Disney Dreamlight Valley’s installation folder. If you can’t find it, right-click the game in your Steam library, then go to Manage ⇾ Browse Local Files.

Now, open and run the game with BepInEx installed. After you get to the main menu, exit the game, and if everything went smoothly, then the BepInEx folder should have two new folders inside of it: config and plugins.

You’re now ready to install mods into Disney Dreamlight Valley. Download the mod you want, which will usually be a DLL file. Drag the mod DLL into the plugins folder inside your BepInEx folder, then run the game as normal, and your mod should now be active.

That concludes our guide on how to download and play Disney Dreamlight Valley mods. If you have any other questions, let us know in the comments below!

How to Download and Play Disney Dreamlight Valley Mods