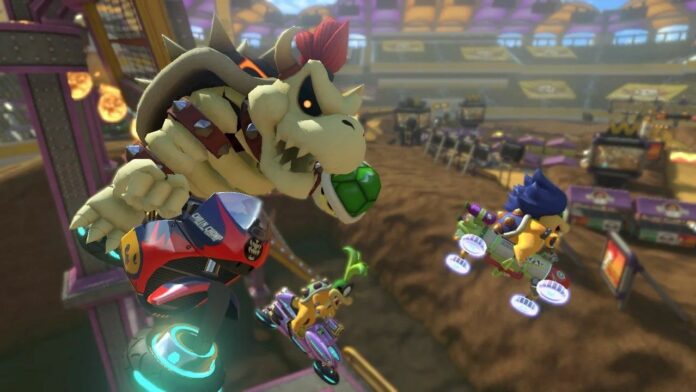 Among the most useful items in Mario Kart 8 Deluxe is the Red Shell. This item has been a staple of the Mario Kart series for a long time, and it is back in the latest entry in the series to wreak havoc among unsuspecting racers.

With its homing capabilities, dodging or blocking a Red Shell is difficult, but it is doable. Here’s what you can do if you are being targeted by one of these powerful items.

How to Dodge Red Shells in Mario Kart 8 Deluxe

As mentioned above, it is definitely possible to dodge a Red Shell in Mario Kart 8 Deluxe, and even block it. It does require quite a bit of skill in the first case, or the right items in the second.

To effectively dodge a Red Shell in Mario Kart 8 Deluxe, you will need to turn or drift sharply before you are hit. If there’s a wall nearby, for example, the Red Shells will end up getting destroyed by the wall. The same will happen if you somehow manage to get a wall or any other course element between you and the Red Shell, like pipes and the like. This is far from being optimal, however, as you may end up wasting more time compared to simply taking the Red Shell and resuming the race.

There is a far more effective way to negate the effects of a Red Shell in Mario Kart 8 Deluxe, and that is blocking them. If you hold items like Red and Green Shells or Bananas, the Red Shell will be destroyed by the item you are holding. So, you should try to hold onto these items during races if you do not need to attack other opponents, as they should be used to block Red Shells. The Super Horn can also destroy incoming Red Shells, but the timing can be quite strict. Also, do not use Bomb-ombs to block Red Shells, as you will get caught in the explosion and lose precious time as if you were hit by a Red Shell.

How to Dodge Red Shells in Mario Kart 8 Deluxe