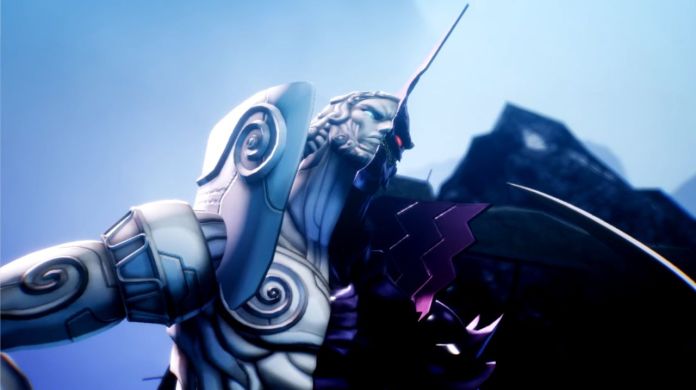 Shin Megami Tensei V is one of the role-playing games that doesn’t pull any punch, presenting a very challenging experience right from the start of the game.

Even though the game is challenging right from its very beginning, it is undeniable that some of the late-game bosses are considerably more difficult to take down, requiring a solid strategy and excellent knowledge of the game mechanics.

Here’s everything you need to know to take down Zeus without too much trouble.

How to Defeat Zeus in Shin Megami Tensei V

Zeus is fought in Ueno Park in the Taito ward, the final ward you will explore in Shin Megami Tensei V. He is a level 72 demon that hits extremely hard, but with the right party and strategy, the battle can be considerably easier.

Zeus is weak against Force attacks, so make sure to bring as many demons as possible that can use powerful skills like Zandyne to inflict decent damage and get an extra turn in the process. Physical attacks also work decently, so if you want to make the fight shorter and do not need an extra turn for healing or buffing, you can use them to inflict additional damage.

Being the Greek thunder god, Zeus uses plenty of Electricity attacks, but the only one you can actually defend against is Maziodyne, which is always used after he charges Magatsuhi. Keraunos ignores affinity resistances, so there is no way to prevent it from damaging any of your characters. As Zeus uses plenty of Physical attacks as well, a Physical resistance of any sort is preferred to an Electricity one, given how you can use simply use Elec Dampeners to defend against the predictable Maziodyne.

One more thing to watch out for in this fight is the Madness Glint skill, which has a chance of inflicting Seal. Make sure to have the means of healing this altered status before starting the battle, as Seal can be pretty crippling in a difficult battle such as this. If you have any demon that can use Dekaja, bring them to the fight, as Zeus can raise all of its stats with Luster Candy.

How to Defeat Zeus in Shin Megami Tensei V