Home Game Guides How to Defeat Vitaath and Get Special Reward in Diablo Immortal –... 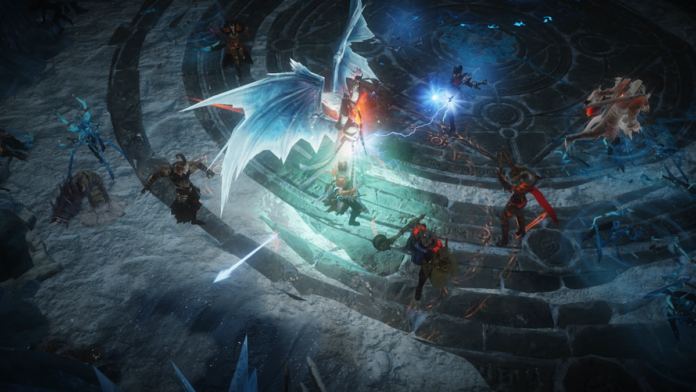 Diablo Immortal is an incredibly addictive action RPG for mobile and PC. In the game, you have to fight armies of enemies, go on raids on bosses, and much more. All bosses in Diablo Immortal are different and have unique attacks. And in this guide, we will tell you how to defeat Vitaath and get a Special Reward.

Vitaath, also known as The Shivering Death Helliquary, is one of the difficult raid bosses in Diablo Immortal. She has various attacks that you must learn before going into a raid. We also recommend fighting Vitaath in a party with friends and using voice chat for better chances of winning.

In Frozen Tundra, near the Bitter Harth Waypoint, you will find a gate to the boss area. After passing through this gate, you will need to defeat Ice Clan Shaman, Ice Clan Impalers, and Ice Clan Warriors. And after that, the battle with Vitaath will begin.

In the first phase, she makes two attacks in a straight line and then casts ice waves that you need to avoid. Then in the next two phases, you will need to break the ice pillars, otherwise, Vitaath will ignore all the damage. She will also launch ice waves and air AOEs.

Related: How to Identify Equipment in Diablo Immortal

And in the last phase, Vitaath does a massive AOE attack and several of the previous ones. At this stage, you need to dodge and heal. Until this attack is over, you only need to think about the survival. And then you can finish off Vitaath.

How to Get a Special Reward

As a reward for defeating this boss, players will receive a special trophy called the Frozen Wing of the Shivering Death. This trophy provides the following bonuses:

Vitaath is a fairly difficult boss. Especially during phase 4 when you can die easily. However, following our guide, you will be able to defeat the boss and get a special trophy.