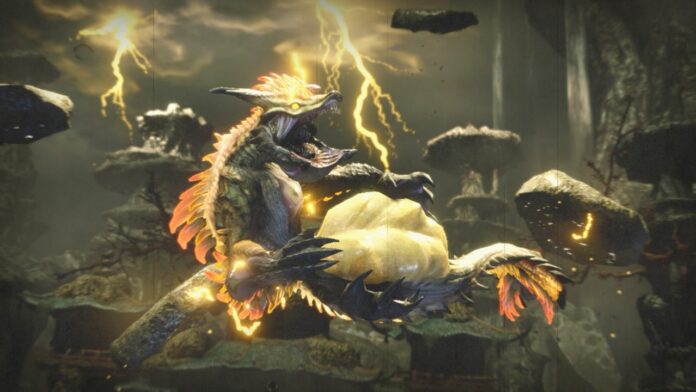 The Elder Dragons are known as the most powerful of monsters in the world of Monster Hunter, and they are at the top of the monster hierarchy in Monster Hunter Rise as well. Taking them down is no small feat, as even the most skilled hunters may have trouble taking them down, but the satisfaction of having been able to cannot compare to anything else in the game.

Here’s how to take down the Thunder Serpent Narwa Elder Dragon without too many troubles.

The Thunder Serpent Narwa Elder Dragon is Wind Serpent Ibushi’s queen, and so you will have to face both of them in the game’s true final boss fight. Weak to Dragon and Ice damage and capable of dealing Thunder damage, you should gear yourself up accordingly before the fight to make it easier.

How to Unlock Thunder Serpent Narwa

How to Defeat Thunder Serpent Narwa

Offense is The Best Defense

While the Thunder Serpent Narwa comes with some very powerful special attacks, staying on the defensive will only prolong the fight for no reason. Thunder Serpent Narwa can be knocked down by dealing enough damage to any body part, so attacking whenever possible will allow you to knock the monster down temporarily to unleash your most powerful combos. Never back down!

During the fight against Thunder Serpent Narwa, you will also be able to use a variety of heavy artillery like Ballistae and Cannons. These Hunting Installations will only be available for a short amount of time, so you need to be quick to use them. Also, make sure to use them to hit the monster’s Thundersac, which is weaker than usual when it is glowing.

Not so Divine Ire

Thunder Serpent Narwa Divine Ire is a powerful attack that can deal tons of damage, but it is also an attack that leaves the monster somewhat exposed, as it summons four stone platforms with four cannons while it is preparing to unleash this technique. Use the cannons to knock down the Elder Dragon and prevent it from unleashing its powerful ultimate attack.