Home Guides How to Defeat Teostra in Monster Hunter Rise 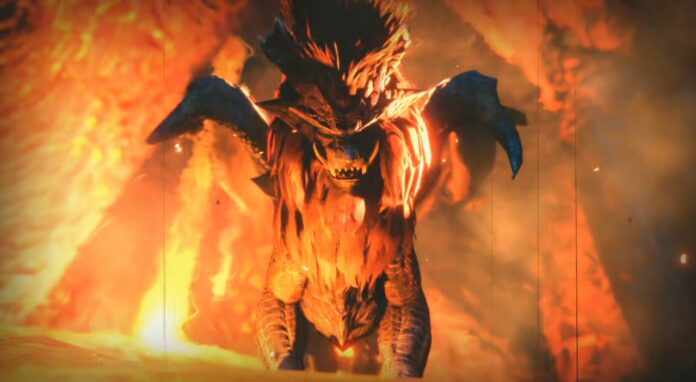 The Elder Dragons have appeared in many entries in the Monster Hunter series, but it’s undeniable that they never looked as fearsome as they do in Monster Hunter Rise. And they do not just look fearsome: with their powerful special attacks, they can make short work of any unprepared hunter.

Here’s everything you need to know to take down one of these Elder Dragons, Teostra.

Teostra is a brutal Elder Dragon that has appeared in previous entries in the series starting from Monster Hunter 2. Weak to Water, Blast, Ice, Poison, and Stun and capable of dealing Fire damage, there are many gear options that are great at making this fight way more manageable.

Teostra comes with some powerful offensive and defensive techniques that make the fight challenging. At any time during the battle, Teostra can enter two different Armor States: Flame Dust Armor State and Super Flame Armor State. These two states have different characteristics that dictate your strategy.

Flame Dust Armor State can be recognized by the dust surrounding Teostra. While in this state, most of the Elder Dragon’s attacks can cause an explosion, forcing you to be more careful while dodging and blocking.

Super Flame Armor State can be recognized by the flames that surround Teostra. In this state, all ranged attacks are negated, save those aimed at the head, and the Elder Dragon can unleash the powerful Supernova attack.

Both Armor States can be removed by knocking down Teostra. Attack the Elder Dragon’s head as much as you can to increase the chances of knocking it down.

Supernovae Are Bad For Your Health

The Supernova attack that Teostra can unleash any time it is in Super Flame Armor State is extremely powerful and can take you out in a single hit. As such, you should always make sure to have some Wirebug gauge left to Wiredash out of the way if the monster is unleashing this attack. Breaking the horns decreases the attack’s area of effect, making it easier to avoid.

To make things considerably easier, you can use the Kushala Armor from the Kushala Daora Elder Dragon. This armor comes with the Kushala Blessing skill that increases the power of Ice and Water attacks while nullifying heat damage, which Teostra deals constantly. You should also look to increase your Fire Resistance to negate the effects of Fireblight.