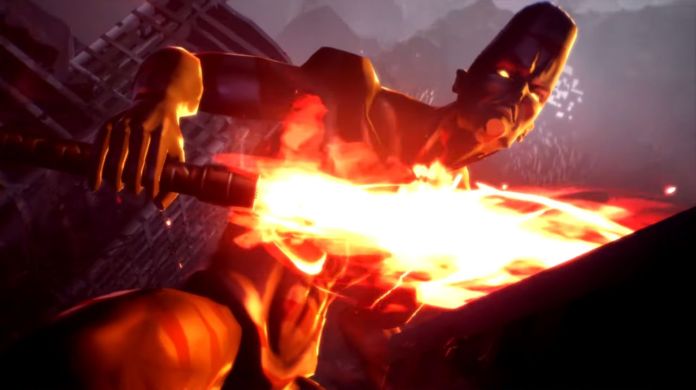 Many of the entries in the Shin Megami Tensei series are quite challenging, and this is no different in Shin Megami Tensei V. In the latest entry in the series, you will be fighting a lot of powerful demons, and some of them will attempt to bar your way as you attempt to remake the world according to the Nahobino, and yours, convictions.

Among the most powerful demons that will get in your way is Surt. Here’s how to defeat the fire giant without too much trouble.

How to Defeat Surt in Shin Megami Tensei V

Surt is fought in Awajicho as part of the story and, as expected, he will put up quite a fight, so you will need to bring the right demons and employ the proper strategy to win this battle without too many problems.

Surt is weak against Ice and uses Fire and Physical attacks, so you will need to bring as many demons as possible that can use Bufu skills and resist, null or drain the elements the demon uses. Given how the Physical attacks used by Surt are weaker than the Fire ones, you should give priority to demons that can resist Fire, and use multi-target healing spells to deal with the damage inflicted by Heat Wave and Counter. Counter can be negated completely by avoiding using Physical attacks against the demon.

In case you do not have many demons that can resist, null, repel or drain Fire, you will need to bring as many Fire Dampeners as possible. Surt will use Maragidyne after charging Magatsuhi, and getting hit by this attack will likely defeat most of your team. For this reason, do change the Nahobino’s resistance to Fire via Essence Fusion to prevent him from getting defeated and getting an instant game over.

When it comes to support, you should just focus on healing and buffing your party members during this battle, as Surt can use Dekunda to remove any debuff. Alternate between offense, defense, and support as the situation dictates, and Surt will eventually go down, allowing you to proceed towards another challenging battle.

How to Defeat Surt in Shin Megami Tensei V