Home Guides How to Defeat Rathalos in Monster Hunter Rise 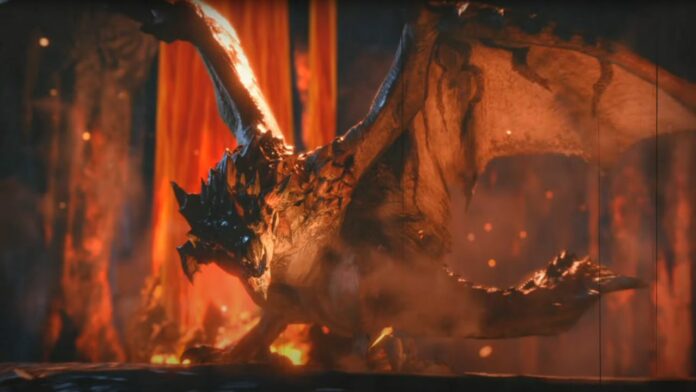 Monster Hunter Rise, like previous entries in the series, features a nice selection of new and returning monsters for players to defeat, and just like every game released so far, it had to feature Rathalos. This iconic monster can be quite difficult to take down if you’re unprepared, so we have put together this guide to help you take down the most popular monster of the series.

Rathalos is effectively the face of the Monster Hunter series, having appeared in all entries in the series to date. This iconic Flying Wyvern is weak to Dragon, Ice, and Thunder, can deal Fire damage, and also inflict poison, so make sure to bring the right gear for the fight.

Where to Find Rathalos

Rathalos can be found in the Shrine Ruins in Areas 11 and 13, in the Lava Caverns in Area 11, and in the Infernal Springs.

How to Defeat Rathalos

Rathalos comes with a variety of special attacks that are unleashed from the sky, and there will be many times during the fight that the only thing you can do is avoid them without being able to retaliate. If you bring an Insect Glaive with you, however, you will be able to fight the monster both in the air and on the ground, while enjoying some bonuses that will also make you resistant to Rathalos’ roars. If you have a weapon with Jump Master, you can also stop some attacks from knocking you down while in the air, making this fight even easier.

Flash Them to the Ground

In case using an Insect Glaive to fight Rathalos is not a good choice for you, there are other ways to prevent it from getting into the sky. Using Flash Bombs while the monster is in the sky will knock it to the ground, leaving it temporarily stunned. While the opening doesn’t last a whole lot of time, make sure to take advantage of it as much as you can.

Another way of limiting Rathalos’ time in the air is to break its wings. While doing so will not stop the monster from flying altogether, it will severely limit its time in the air, allowing you to dish out more damage more often. When the monster is grounded, go after its legs to knock it down and deal as much damage as possible.