The Lunatic Cultist is one of the Hardmode bosses that you face after you take down the Golem. Defeating this boss will unlock the powerful crafting station – Ancient Manipulator.

Terraria Boss Guide: How to Summon and Defeat Lunatic Cultist

The Lunatic Cultist is a rather confusing boss. To summon him, you will first have to take down the four cultists – 2 Lunatic Devotees and 2 Cultist Archers. This is the only way to summon the boss.

These four cultists appear at the dungeon entrance right after the Golem has been defeated. As soon as you slay the fourth cultist, the Lunatic Cultist appears. Later in the game (after the Celestial Event), you can resummon this boss to farm the drops.

The Lunatic Cultist has low HP. But this boss can inflict high damage. Further, it’s kind of invincible until it steps away from the spawning point. Moreover, try to fight the boss at night, so the duplicates are easily spotted.

Make sure that you destroy the Lunatic Cultist as soon as possible. This is because a longer fight will keep causing more chaos. After a few attacks, the boss starts using duplicates.

For this battle, melee weapons are the best. Flairon, Eye of Cthulhu, and the likes are great for slaying enemies that are closing in. You can target the rapidly moving boss with melee weapons easily.

The Beetle and Shroomite Armor will both be effective in this battle.

Related: How to Summon and Defeat Duke Fishron 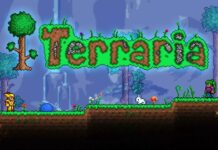 How Rare is Nazar in Terraria 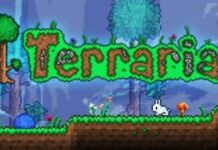 How to Use Shadow Paint in Terraria 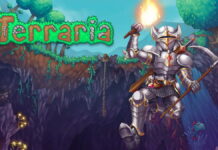 Easiest Way to Get a Megaphone in Terraria