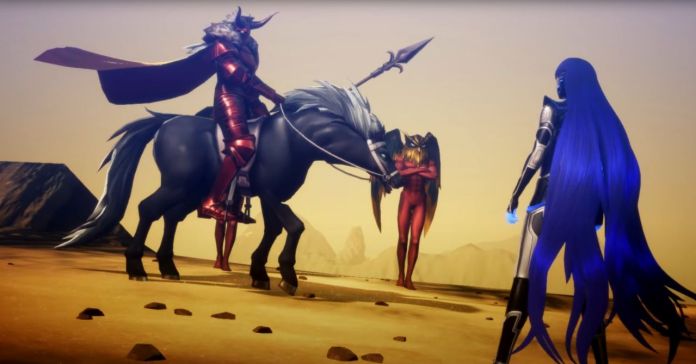 Shin Megami Tensei V is a very challenging game, and this is made clear right from the time when the Nahobino moves his first steps in the world of Da’at. Not only regular enemies are strong, but bosses can be extremely challenging.

Among the first bosses you will fight in Shin Megami Tensei V is Eligor. Here’s how to defeat this demon without too many issues.

How to Defeat Eligor in Shin Megami Tensei V

Eligor is first encountered as a boss in Nagatacho relatively early during the game. During the battle, he is accompanied by two Andras that make the battle slightly more challenging, especially if you bring the wrong demons to the fight.

As both Eligor and Andras are weak against Electricity, you will want to bring as many demons as you can that can use Zio to gain extra turns and deal as much damage as possible in a single turn. The two Andras can be particularly annoying, so make sure to take them out quickly. If you enter the fight with a full Magatsuhi bar, you can use Omagatoki: Critical to increase your damage output and potentially defeat both Andras in a single turn.

When it comes to defending, Eligor uses Fire attacks while the Andras use Force attacks so make sure to bring the right demons that can resist these elements to gain an edge. Fire and Force Dampeners work great in this fight and are relatively cheap to purchase from Cadaver’s Hollow, so do stock up before the fight begins. Also, if Eligor charges Magatsuhi, make sure to defend to avoid receiving critical hits. The demon hits very hard, and if your Nahobino goes down, it will be game over, so be careful.

How to Defeat Eligor in Shin Megami Tensei V