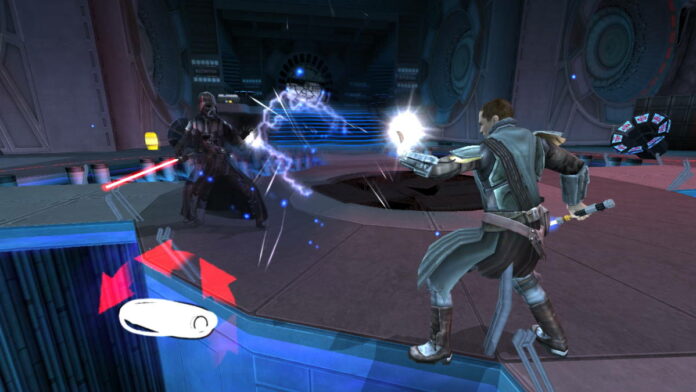 Darth Vader raised Starkiller as his secret apprentice and trained him to be the ultimate warrior for the Empire. Now, Starkiller seeks to take back his life, wanting to break free from his dark past. The finale of Star Wars: The Force Unleashed ends with a climatic battle against Darth Vader, and today we’ll show you how to defeat him in our Star Wars: The Force Unleashed guide!

How to Defeat Darth Vader in Star Wars: The Force Unleashed

Darth Vader is your first challenge in the final set of bosses in Star Wars: The Force Unleashed, and as such, he’s going to be quite the opponent. At this point in the game, you’ve fought several Jedi bosses, and Darth Vader is similar to those bosses, only much stronger.

Like the Jedi bosses, Darth Vader will usually block most of your saber combos. Even though he blocks most melee attacks, keep the pressure on, and you might go into a quick-time event sequence. If you pull off the sequence right, you can do some decent damage to Darth Vader.

Aerial attacks also work fairly well. Darth Vader can block most ground attacks, but jumping attacks like Aerial Assault and Aerial Shock will almost always hit. Vader seems to have some trouble dealing with aerial attacks, so they’re great for attacking while keeping yourself at a safe distance.

Vader is most susceptible to the Sith electric attacks, like Sith Barrage, Sith Scorcher, Sith Seeker, and good old-fashioned Lightning. Sith Seeker seems to work especially well, because Vader will usually block the first shockwave, but then get hit by the follow-up lightning blast. Using lightning-based attacks from a distance is a great strategy to use if melee assaults aren’t working out.

Related | How to Unlock All Costumes in Star Wars: The Force Unleashed

Use a combination of all the moves listed above, and you should be able to take down Darth Vader. If you’re low on health, there are some destructible objects around the arena, so break them, and you might find a health item. You can try tossing the objects at Vader to get some sneaky damage in, but chances are he’s just going to break them.

You will have to fight Darth Vader a second time if you’re going for the dark side ending of the game. When given the choice, attack Vader instead of Palpatine to start the second battle. This time around, Darth Vader is a bit faster and more aggressive than in his first fight, but his move set remains the same, making it a little easier. Stick to the same strategy of attacking him with mostly your lightning-based attacks.

Congratulations! You’ve defeated Darth Vader in Star Wars: The Force Unleashed! If you have any other tips for dueling him, let us know in the comments below!

How to Defeat Darth Vader in Star Wars: The Force Unleashed