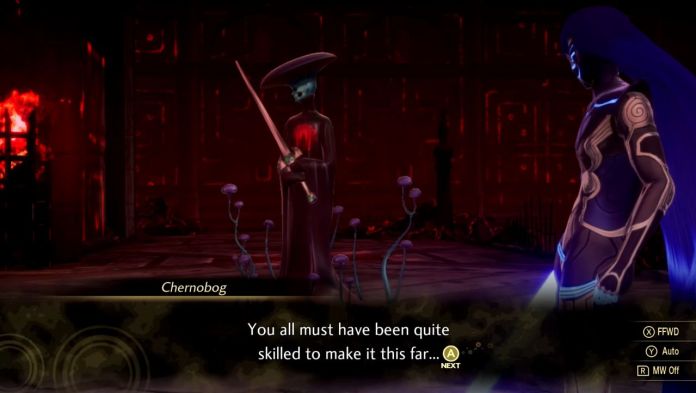 Shin Megami Tensei V is a challenging role-playing game right from the start, often pitting you against some very powerful demons that will put your skills and knowledge of the combat mechanics to the test.

Among the many bosses you will fight during your journey through Da’at is Chernobog. Here’s how to defeat this powerful demon without too much trouble.

How to Defeat Chernobog in Shin Megami Tensei V

Chernobog, an old acquaintance for any long-time fan of the series, is fought as a boss in the Demon King’s Castle: 2nd Stratum. This demon is quite powerful, but a solid strategy will make defeating him a walk in the park.

Chernobog is weak against Light, so make sure to bring as many demons as possible that can use Hama skills to exploit this weakness and get some needed extra turns. The demon mostly uses Dark and Physical attacks, so demons that can resist, null, or repel these elements can make the fight much easier. Chernobog also uses Mamudoon after charging Magatsuhi, so bring as many Dark Dampeners as you can to avoid getting heavily damaged or even defeated instantly.

For the rest, the battle against Chernobog is quite straightforward. His Physical skills also apply debuffs, so bring a demon capable of using Dekunda to remove them as quickly as possible. Heal when required, go on the offense with Light skills, and the demon will soon become history.

How to Defeat Chernobog in Shin Megami Tensei V