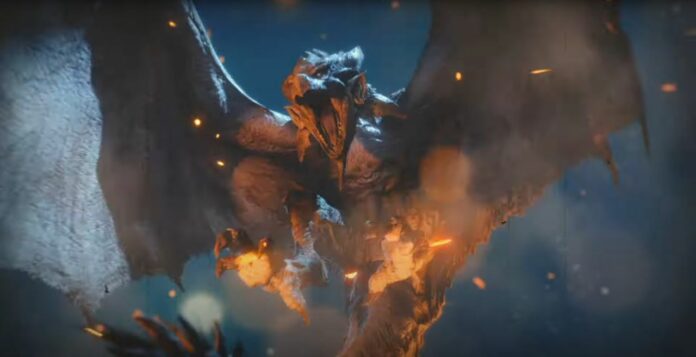 Monster Hunter Rise not only features a lot of different monsters for you to take down but also more powerful variants of some of them, called Apex. These Apex monsters are considerably more powerful than their base form, requiring you to be at the top of your game to take them down.

Here’s everything you need to know to take down Apex Rathian without too many troubles.

Apex Rathian is a much more dangerous version of the Rathian, having survived countless dangers and having been crowned Apex for its might. Like the regular variant, Apex Rathalos is weak against Dragon and Thunder, can deal Fire damage and inflict Poison, or rather the more dangerous Venom, so bring the right gear to make the fight a little easier.

Where to Find Apex Rathian

Apex Rathian can be found in the Flooded Forest, starting in Area 11. It moves around, so check around the map to find it. Apex Rathian also appears during Rampage Quests as a Major Threat.

How to Defeat Apex Rathian

Apex Rathian comes with a few attacks that can inflict Venom, which is a much more dangerous version of Poison that damages much faster. As such, bring as many Antidotes and Herbal Medicines with you to heal the status ailment as quickly as possible, or protect yourself with gear that has Poison Resistance.

Avoiding getting inflicted with Venom is definitely doable, although difficult. The Apex Rathian tail drips poison when enraged, so it can be difficult to avoid all of its attacks while staying on the offensive. The tail also creates Venom Spikes all over the battlefield so you need to be careful when moving around during the fight as well.

Go for the Tail

As the tail leaves those nasty Venom Spikes on the ground which make the fight considerably more difficult, it’s always a good idea to focus your attacks on the Apex Rathalos’ tail and cut it off as quickly as possible. Doing so prevents it from scattering the Venom Spikes, thus making the right slightly easier.

Get Down and Stay There

Another weak spot you should try to focus on is the Apex Rathalos’ head, but only when it is enraged. Dealing enough damage to it can down the monster temporarily, giving you an opening to unleash some of your best combos.

Another attack to look out for is the Somersault Attack. While enraged, the Apex Rathalos unleashes three of them in quick succession, so always be on the lookout for the cues, as a single one of these attacks can be enough to knock you out.

How to Defeat Apex Rathian in Monster Hunter Rise