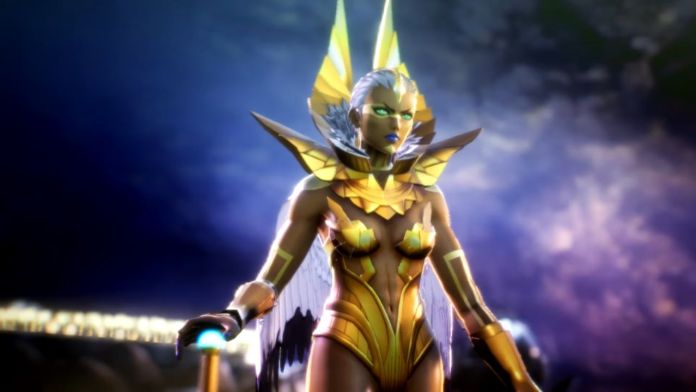 Abidiel is a character whose acquaintance you make quite early in Shin Megami Tensei V, but one thing is clear from the get-go: you will eventually have to fight her.

While she never attempts to go after the Nahobino directly for the vast majority of the game, Abdiel will take her gloves off in the final third of the game. Here’s how to defeat her without too many troubles.

How to Defeat Abdiel in Shin Megami Tensei V

Abdiel is fought in Shin Megami Tensei V in the Tokyo Diet Building after experiencing a very important story event. While strong, she has a few quirks that make the battle easier than anticipated.

Given her personal enmity towards the Nahobino, she will only attack your main character during this fight. The only time your other party members will be attacked is when she uses skills that target multiple demons like Light’s Descent and Maragidyne.

As such, you will want the Nahobino not only to resist, repel, null, or drain Light and Fire attacks, but also to have skills like Counter and Retaliate to counterattack Abdiel and deal damage to her even when it is not his turn. You can make things harder for Abdiel if you cast Tetrakarn, which will also make her lose turns.

For the rest, this battle is relatively straightforward. Bring demons capable of using Dark skills to exploit Abdiel’s weakness, heal the Nahobino often, given how he is the enemy’s main target, use a Fire Dampener when she charges Magatsuhi and you will eventually win this relatively simple boss battle.

How to Defeat Abdiel in Shin Megami Tensei V