Home Guides How to Craft a Bow in Durango and Unlock the Ranged Skill... 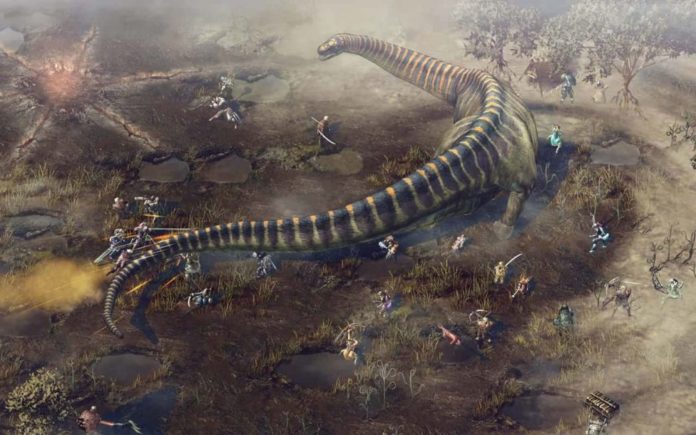 Being an archer in Durango: Wild Lands is not as easy as it is in most other games. But in today’s article, we will tell you all how to unlock the Ranged skill in the game and how to craft your bow to become a danger from afar.

It took us a while to figure things out, but now you won’t have to go through the same painful route to learn what is needed to turn your character into a ranged hunter. And you will see that once you know how things stand, everything will seem like a piece of cake.

We also have some bow action and island exploring in this short gameplay video below, so make sure to check it out as well: 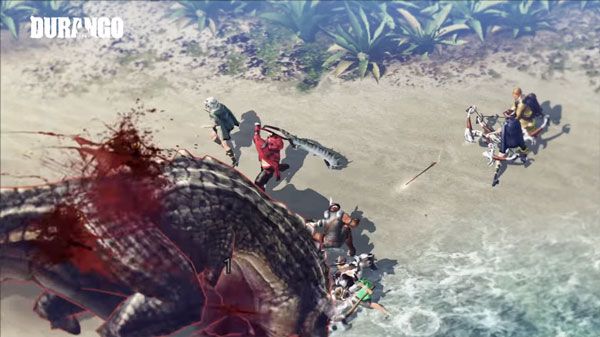 So that would be your top priority if you want to experience ranged combat in the game: get your first Bow! And you have two options:

1. The easy way out (not recommended): simply tap the hamburger menu in the lower left side of the screen and go to the Island Market. There, simply search for “Bow” and purchase one with regular silver. 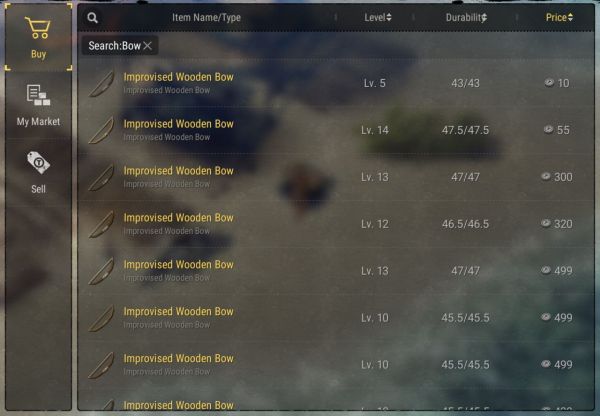 2. My recommended method is to invest some time into increasing your Weapon/Tool Skill level. This is actually pretty simple and useful in the long run.

You need to get your Weapon/Tool level increased to level 15 and then you will unlock the Improvised Wooden Bow recipe. Once you do, you will be allowed to craft your own bows and go up the levels, crafting a Standard bow and the Bone Bow Limb which is actually the first solid ranged weapon in the game.

In order to quickly increase your Weapon/Tool level in the game and unlock the Bow Crafting recipe, simply craft over and over again one or more weapons or tools. Go to the Craft Menu and simply select a weapon or tool and create them over and over again until you reach the required level. 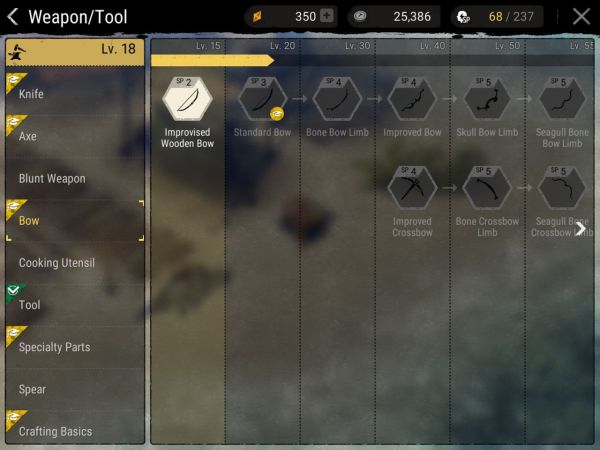 We recommend doing that instead of simply buying a bow from the market because you will need your crafting level increased anyway in order to produce decent weapons and tools in the future.

Once you have a bow, you can start working on increasing that ranged skill and investing points in it.

This is easily done by simply equipping your bow and going hunting: the more animals you hunt, the higher your level in the Ranged skill is. And as you go up the levels with this skill, you unlock multiple options in the skill’s tree, allowing you to become a better archer.

Invest in those skills if you prefer to play the game as a ranged character and not go up close and personal with your enemies – be them dinosaurs or other players. 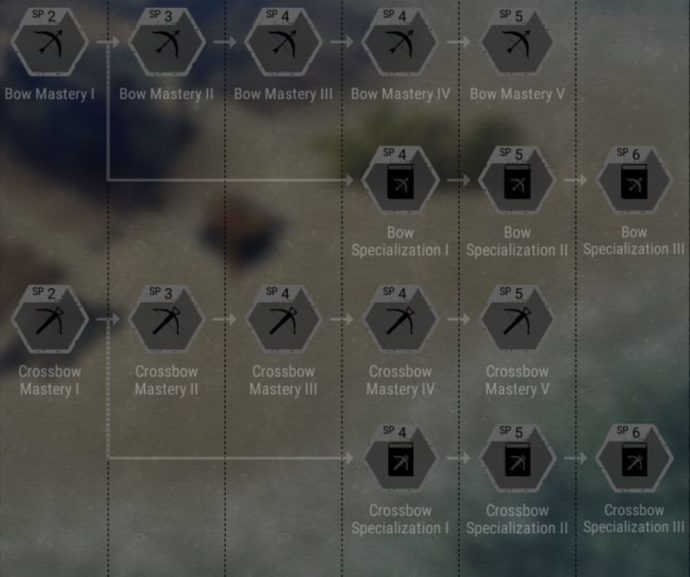 It is difficult to build a character that excels both in Melee combat and Ranged combat. So you should instead give both fighting types a try and choose what you enjoy the most.

Chances are that if you usually play RPGs as a ranged character, that will be the best option for you here as well. If not, go melee all the way.

From what I’ve seen based on my early tests with both types of fights, the Ranged combat keeps you safer. It will probably also give you more skill points to invest in other areas, because Melee combat has to go hand in hand with a high Defense skill as well (and multiple options unlocked there).

As a ranged unit, you won’t have to rely on the defensive branches too much, especially the Defensive actions (like rolling or parry) simply because you will do less of those.

I personally prefer Melee combat since it’s more intense and more fun, but Ranged is just as rewarding – so in the end, it’s just a matter of personal option, and not really a huge game changer.

So just try both types of fighting now that you know how to unlock the Ranged Skill and craft your bow and choose the one you like the most.

If you have any other questions, don’t hesitate to let us know by commenting below. Also make sure to check out all our Durango Wild Lands guides to become a better player fast!